From Fandom with Love: Live and Let Die

The Love train fell off the rails just a bit for a second. Since we did Diamonds are Forever and Moonraker as part of 151 Proof Movies, I figured those movies wouldn’t be covered twice. Actually the remaining two movies we cover this way, won’t be covered either. Simply so that we don’t have to back track too much. This also means that some of the films clearly won’t be in order!

With that out of the way, we finally left the Sean Connery-era for good. We enter the Roger Moore era, or as some would decree it the Dark Days of the Bond franchise. While no actor would match Connery’s amazing streak, the Moore era isn’t all about. 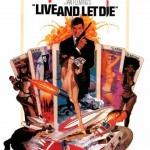 As a matter of fact, it starts on a relatively high note with Live and Let Die. A very interesting Bond film for many reasons. It would also start, what I’d like to call, the Period Piece Bond films where the movies would tend to reflect popular movements in cinema at the time. In the case of Live and Let Die, it is considered aÂ Blaxploitation film. A film with a pre-dominantly black cast and some questionable interpretations of the culture at the time. This is combined with some questionable choices in other characters, but let’s get to the summary.

From our ever so trusty friends at Wiki,

In the film, a Harlem drug lord known as Mr. Big plans to distribute two tons of heroin free to put rival drug barons out of business. Mr. Big, however, is revealed to be the disguised alter ego of Dr. Kananga, a corrupt Caribbean dictator, who rules San Monique, the fictional island where the heroin poppies are secretly farmed. Bond is investigating the death of three British agents, leading him to Kananga, where he is soon trapped in a world of gangsters and voodoo as he fights to put a stop to the drug baron’s scheme.

Along with that, this movie attempts to introduce several characters that producers hoped would be recurring in the series. Of the two major ones, only one makes it into another movie and it is my least favorite character in the entire Bond saga, J.W Pepper. He is just an awful, awfulÂ caricatureÂ in all the worst ways. 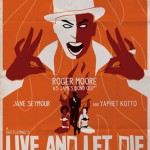 Mr. Big’s plans is closely related to Auric Goldfinger’s plot from Goldfinger. Instead of focusing his effort on the world’s gold supply though, Mr. Big is focused on heroin business. He has his own field worth millions in heroin, and he is willing to give it all away.

His plan is two-folds. He creates a whole new generation of addicts, who are dedicated to his product. More importantly though, his method would either bankrupt his competitors trying to keep up with him or run them out of business when they can’t compete.

The beauty of the plan, like all good plans, is really just how simple it is. There’s very little that could go wrong with his plan. It has an end-game that is logically and a goal that is easily achievable.

The only reason the plan doesn’t rank higher on the scale is because it lacks the grandiose that a Bond villain needs! Goldfinger had Fort Know, Blofeld had aÂ volcanicÂ lair, Mr. Big has nothing really.

This plan gets a 00 Agent ranking.

Live and Let is noticeable for having the first African American Bond girl. While previous movies have featured black females such as Diamonds are Forever, none of them were officially courted by Bond until this movie. Even then, courted is a very nice way of putting it.

Miss Caruso- The first Bond girl introduced during the Moore era… well I guess Bond girl may be a bit of a stretch as she is simply used to introduce Roger Moore to the world. Moore’s Bond is defined more by his charm and ability to deliver the most cheesy of lines seriously. LIVE

Rosie Carver- We get the first black Bond girl, and we get some twists and turns along the way. Carver is introduced as part of the CIA, then it turns out she is on orders from Mr. Big, but she has actually turns on both parties, which eventually gets her killed. DEAD 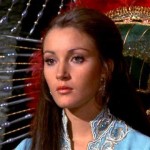 Solitaire– A Bond girl with mystic powers… well except until she is charmed by Bond. Actually, time for another mini-Bond rant. You may remember way back when that I hated how Bond forced himself upon a woman in You Only Live Twice. I can kind of accept that Bond seduces women as part of his job and for pleasure. But he does cross the line at times, and in this case manipulating Solitaire (he stacks her tarot cards) in order to seduce her just feels so scummy. And he does it with no consideration of what would happen to her or her “powers.” Once more Bond thinking of his needs before those around him. Luckily, Solitaire is able to survive the film. LIVE

Roger Moore’s Bond as I mentioned is more of a charmer/sweet-talker so a lot of his Bond-isms actually do with his delivery of one-liners more than action stunts or whatever.

Live and Let Die however is action-centric. In one of the more interesting set-ups in the sage (and still don’t get why people don’t just shoot him!), Bond is trapped on a little land mass whileÂ crocodilesÂ are slowly circling in on him. He is able to line them up perfectly and runs across the top of the crocs to get to the other side.

But he isn’t done there.. as he then sets the crocs free on those who imprisoned him.. and blowing up their base! .

This segment is becoming less and less important as we go on, even when we changed the rules. Bond doesn’t engage in any games in this movie. Not cards, no golf, not even sumo-wrestling.

Well, I guess saying he doesn’t play cards is only HALF true as he does learn a bit about tarot card reading.. so to Wiki we go!

Tarot reading revolves around the belief that the cards can be used to gain insight into the past, current and possible future situations of the subject (or querent), i.e. cartomancy. Some believe they are guided by a spiritual force, while others believe the cards help them tap into a collective unconscious or their own creative, brainstormingsubconscious. The divinatory meanings of the cards commonly used today are derived mostly from cartomancer Jean-Baptiste Alliette who was also known as Etteilla

In Bond’s case, he realized he could use the card in order to nail a chick!

Live and Let Die, let’s be honest features perhaps the most famous Bond theme. It was recently voted the Top Bond Theme song over in Europe (don’t let me find the actual source). I think the song is enjoyable. It’s the first Bond theme to really kind of break from the romanticism of the Connery era, and it holds up well. It isn’t my personal favorite, but eh.

Also, it should be noted that this is one of the few themes to actually be performed in the movie as well. Interestingly enough, it’s a cover of the song.. I guess McCartney was too expensive to get on screen as well.

As for the opening segment, this is one of the few openers in the entire franchise that doesn’t feature the Bond actor in some fashion. From Russia with Love, as we covered, features Connery but it isn’t actually Bond. Live and Let Die doesn’t have Bond at all. Instead, it is used to set-up several methods in which the villains kill as well as set the plot in motion. It’s an interesting and fun opener.

Sadly an iconic theme song and a fun opener, really can’t salvage what is a fairly boring opening credits. For a movie that features tarot card reading, voodoo and all manners of interesting travel they seem to focus on one of the duller elements, which is fire. Which isn’t even something new as we saw with You Only Live Twice. This somehow proves to be even more boring than that with fire. Like that’s it. Not people dancing in the fire. Not people being lit on fire, just fire.

Live and Let Die is a fun Bond film. It isn’t great, but it is far from bad as well. I think it’s an enjoyable entry to Moore’s version of Bond and has some very clever elements for a Bond film. Sadly as his tenure goes on, elements of hisÂ portrayalÂ would tend to rise above the role and the movies.