From Fandom with Love: For Your Eyes Only

We’re nearing the end of OUR Roger Moore marathon. Not necessarily his tenure as James Bond as there are two other films after this. 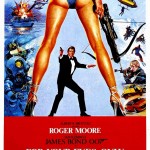 For Your Eyes Only is easily, to me, Roger Moore’s best Bond flick. It has a great mix of action, intrigue, a non-businessman villain (Really what was the deal with that?) and a lovely and deadly Bond girl. The film also has the perfect mix of Moore’s charm and his abilities as an action star. There are some questionable elements to be had, like the underage skier who has a thing for Bond, but for the most part rock solid movie.

However, we’re here to break it down for ya!

As always, we’ll kick it off with the wiki-summation

Bond attempts to locate a missile command system while becoming tangled in a web of deception spun by rival Greek businessmen along with Melina Havelock, a woman seeking to avenge the murder of her parents.

What I really love about the film for the movie is just how grounded and simple it is. Yes, it gives us one of the biggest MacGuffin in the entire series, but it makes for an interesting chase movie. There are a ton of parties involved and Bond is never quite sure who is on the up and up.

Some criticize it for being a bit slow at places, but really that’s when Bond, and in my opinion action movies, work best. Is when there are actual build-ups to the setpieces and not just going from one to another, but actual development.

This seems to be a staple of the Moore era films. Either they lack a true ambition or their plots are so over the top it doesn’t really make sense.

While the movie’s plot is centered around retrieving the ATAC for all parts, the main villain’s scheme is a lot more simple than that. He simply wants the ATAC to sell it to the highest bidder. That’s it. No grand scheme for world domination. No ambition to turn the missile against foreign countries. Just money. Can’t fault a guy for knowing his limitations, but it’s not the world’s greatest scheme.

This villain gets a rank of AGENT.

Bibi Dahl– As I mentioned earlier, there is a weird sub-plot in the film of an underage athlete trying to bone Bond. To the writer/director’s credit, they never have Bond even attempt to entertain the idea. He is holding her off from their first encounter. There’s only so much one can forgive Bond for! Anyhow, she aides a bit in the climax, and comes out better on the other side. LIVE 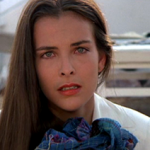 Melina Havelock– For Your Eyes Only is the 12th film in the Bond franchise. We have gone through literally dozens of Bond girls at this point, and while some of them have been interesting, most of them have been hot, very few of them have been fully fleshed out characters. There’s Tracey in OHMSS and perhaps agent XXX from The Spy Who Loved Me, but that’s the extent of it really. Melina Havelock though is the first Bond girl who I felt was a well-rounded character and able to hold her own as well. It helps that’s she’s pretty damn deadly with a crossbow. She has motivation to be in this movie aside from random eye candy for Bond, and may even be more integral to the plot than Bond himself. She’s a no nonsense woman and at the end of the day she gets the job done. LIVE

Bond has a lot of questionable moments especially in the middle of action, but one of my favorites is the one from this movie.

During one of the initial attacks on Havelock, Bond is attempting to order flowers so that he can spy on her. When she is attacked, he springs into action. He ends up tossing one of the men through the window at the flower shop.

And while still being pursued stops to tell the florist, “Send them to the funeral.” It’s a bit douchey and hazardous, but it’s all Bond!

The opening of For Your Eyes Only is notable for one major reason, it officially concludes the Blofeld/SPECTRE storyline from the Connery days. While Blofeld is never referred to by name nor is his face ever shown, every sign points towards it being him.

Some hate the fact that they come back to it, I’m cool that they thought enough of the fans to put a capper on the saga after more than a decade.

The song itself is a fairly good Bond theme song. At this point, it is becoming kind of old hat. Most of them have that romantic feel to them, and very soon they would actually try and mix it up a bit. This is solid work. Sung well. Lyrics make sense.

The intro though is a lot more interesting. I’ve made note of these before, but a lot of Roger Moore’s intros actually incorporates his version of Bond into them, and this one is no different, but it has an added bonus of actually having someone sing the song during the credits sequence. Now I could be mistaken, but I believe that’s a first for the series.

What also helps this intro is it goes back to the concept of using a central element/theme from the movie and expanding on it. In this case water, which is important for several key scenes and where we’re first introduced to Melina. They work the water theme fantastically as well. Not just by having people or things in water, but their color choices are very muted, but work with the greens and blues of bodies of water. They have interesting uses of water bubbles and other water features. It is a really well put together and thought out opening credits.

As noted before, I think For Your Eyes Only is Moore’s best Bond films easily, and really one of the best Bond films in general. It’s smart, it has a great Bond girl, some fun action sequences and even some likable villains. All in all, it’s worth a watch.

From Fandom with Love will return with Octopussy.