Ahead of the Fall 2019-2020 premiere season, I got to check out pilots for a few of the fall’s upcoming shows. A solid mixture of hopeful shows, female-led dramas and another twist to the police procedural genre. Let’s get some quick thoughts.

The Riverdale spin-off/sequel series follows Katy Keene, a character from the Archie-verse, trying to live her dreams in New York City along with Josie McCoy (Ashleigh Murray reprising her role from Riverdale), Jorge and Pepper Smith. Each has a different, but difficult to achieve goal in the big city and will navigate the ups and downs that come with it. Unlike Riverdale, Katy Keene is a much happier and optimistic show (and so far lacks any type of murder-mystery) and most of the characters are instantly likable. 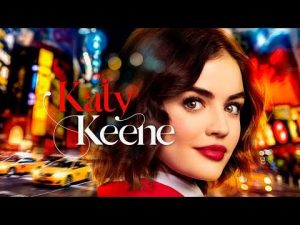 On the flipside, it makes almost everyone else around them seems cartoonishly one-note. Katy’s boss at Lacy’s, the premiere retailer in New York City, is a water-downed version of Meryl Streep’s character in The Devil Wears Panda, Jorge’s Broadway’s dreams are dashed by… well a shouty voice, and Josie’s short-lived recording studio scene is heart-breaking, but the characters leave little impression on you.

Katy Keene has a lot of potential and feels and looks like something slightly different for the CW (as it actually films in New York City).

Going into the event, I had no real expectations for this show nor did I really know what it’s about. I knew and read Nancy Drew (And the Hardy Boys) when I was a wee little lad, but I wasn’t expecting a Riverdale-esque makeover of the brand for the new series. Yeah, the CW’s Nancy Drew series feels like Veronica Mars via Riverdale, a charming small town that is shaken to its core by a mysterious murder and supernatural legend that begins to reveal that there is more than meets the eye. 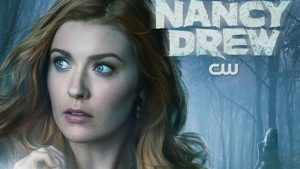 By the end of the first episode, I was left with more questions than answers and that’s exactly what I needed. Of the shows that I checked out, Nancy Drew is the one that shoot up the highest on my to-watch list, and I recommend checking out the first episode when it airs.

I am curious to see the reactions to this show when it airs. While it was a show I walked away, unimpressed with, it also feels like the type of show that has the potential to break-out in a big fashion.

The premise of the show is a fertility doctor has, unknowingly to his patients, been using his own sperm or specimen, in their fertility procedure and over the years has fathered dozens of children. When this story breaks, it creates a giant scandal and at the center of it is, the good doctor’s legitimate daughter, Julia Bechley (played by Brittany Snow) who now finds her professional and personal life uprooted in dramatic fashion. 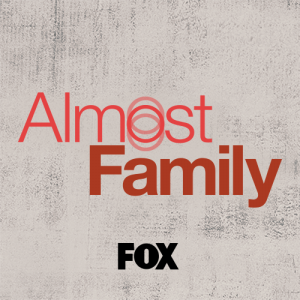 I find the the dynamic by this new family, formed by some truly bizarre circumstances, to be intriguing, but could never get past the initial premise. I’m happy that the show kind of understands the frustration and deals with the issue head-on by the end, but it is still a bit hard to swallow in our current climate.

Speaking of shows that just seems like the wrong idea, at the wrong time, welcome the Prodigal Son. The basic set-up of the show isn’t that dissimilar from dozens of other shows on TV, it’s about a person with some special ability/gift working with somewhat normal law enforcement agents and the relationships that form between them. Think Bones, Elementary, Forever, Psych, etc… The hook here is the main character, played by Tom Payne, understands how killers think… because his father is an infamous serial killer. Caught when Malcolm was younger, the boy spent his formative year speaking with and trying to understand his father’s motivation. 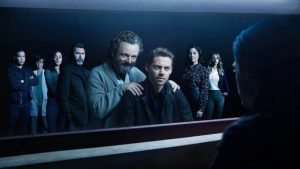 Now as an adult, his greatest fear is that he may become like his father. Along the way, we meet a younger sister who doesn’t remember her father’s crimes, but took on a job as a reporter, and his mother who I find the most fascinating character on the show. For most of the pilot’s run-time, she seems aloof, just about being overprotective of her children and hob-knobbing with the upper echelon of society. There is a scene near the end though, that flips her entire character for me, and is perhaps the best scene in the entire pilot. I am intrigued to see how they walk the line with her.

But back to the premise of the series, in some ways, I don’t think we’re ready to make a charming and likable serial killer. And even more so try to make him relateable by just wanting to form a relationship with his distant son.

There are some interesting shows in the pipe for the 2019-2020 season, I hope this helps you find at least one you want to check out.