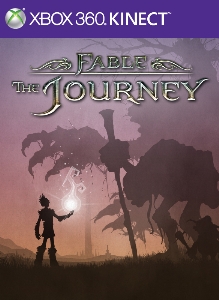 Update: It seems The Journey is not the only Fable leak outed by the Xbox Live Marketplace today, as an apparent XBLA board game titled Fable Heroes is also featured in the web portal [this one comes via Joystiq].

Original Story:Â Looks like the GDC cat’s out of the bag early again! Just after Microsoft reportedly held an embargo-sealed showcase to promote its GDC lineup of 2012 games, new screenshots have popped up on the internet from one of its marquee Kinect titles: Fable: The Journey.

The Lionhead Studios-crafted, gesture-powered spin-off originally debuted to muted applause at last year’s E3, after which it was aggressively defended as not being a fantasy-themed on-rails shooter. No details or media of the game have been released since then.

Until now, that is, all thanks to those sneaky detectives over at…the Xbox Live Marketplace [via NeoGAF]. An astute forum-goer spotted the listing on the Marketplace website, and now you, dear readers, get to reap the benefits. Along with a batch of new screens, it looks like we also get the official box art and a brief description that…well, I’ll just let you read for yourselves:

Built from the ground up for Kinect for Xbox 360, Fable: The Journey is a whole new way to experience the deep storyline, heart-pounding action, and picturesque world of Albion that fans have come to know and love in the beloved Fable franchise. Wield magic as a deadly weapon as you defend yourself and your trusty steed in combat against dangerous enemies, engage in hair-raising chases, solve perplexing puzzles, and interact with humorous characters in this action-packed adventure journey to becoming a hero. 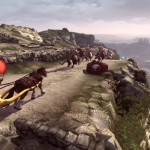 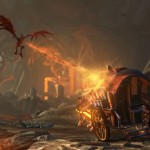 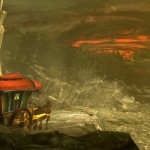 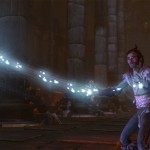 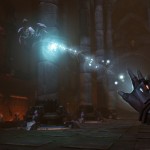 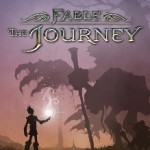