Being on the market for a job isn’t fun. No one enjoys the hunt, but its even worse when your business is one of evil. Getting into an evil organization isn’t the toughest task because they tend to have a high turnaround rate. Even scarier, is they tend to have a high mortality rate as well. It is with these concerns that we have banded together here at Nerds on the Rocks to produce this new feature, Evil Under Review. We will examine the biggest, brightest and most evilest organization out there so you have a better idea of what you are getting into! 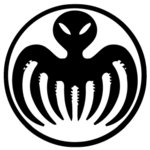 SPecial Executive for Counter-intelligence, Terrorism, Revenge and Extortion (SPECTRE from henceforth) is an evil organization that plagued James Bond throughout most of his early adventures and in the pages of Ian Fleming’s novels. While they are known for their battles with super secret agent, James Bond, the organization existed long before his spy adventure. It is unknown their functioning capacity at the moment, but we wouldn’t be surprised if SPECTRE is still out there recruiting and waiting.

When they make a comeback, is this the organization for you? Let’s take a look!

You don’t get much more organized than SPECTRE. Starting at the top, all the major players are numbered by their importance to the organization. We have Number 1, which has always been Blofeld, though after being dumped down a shaft, we aren’t quite sure if he is alive. There have been various number 2-12s presented in the movies though. On the bright side, the organization shows that they value progress and promotions can be aggressive. Go out there, and impress the world and you may be number 2 in no time!

On the down side though, the further you go in the organization, the smaller the window for era. It has shown that the organization doesn’t really give many second chances. And not only do you get fired, they generally terminate you. I guess they don’t enjoy writing those reference letters. 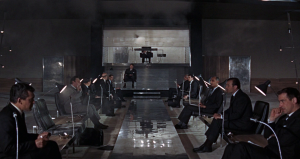 Beneath the upper-level management, it seems like positions are divided up by head honcho. If you work for number 4, you work for number 4. There’s no chance to go work for number 5 or 6. Due to the policies of upper management that also means, you may be in for very hectic environment since your boss’ life may depend on your own quality of work. Also since you tend to deal with dangerous organization and projects, your own health and safety is a factor. Do you mind working in an inactiveÂ volcano? What happens if it goes off? What about working with nuclear material? Know your limitations!

Finally, it seems while upper management and their employers are pretty well-defined the vertical movement isn’t as clear cut. I’m not sure if it ever been documented how you enter the upper management circle. There are hundreds of employees around the world, and a lot of them are tasked with the same gig so how do you stand out in such an organization?

Recruitment into SPECTRE has never really been documented in the films, other than when they go to outside sources for help, so part of this will come from our interview with former employees.

First, like any good organization, SPECTRE recruits students out of school, if they have any desire to better the world. While they are an evil organization to most, SPECTRE really does believe it is doing what it does to better mankind. It’s a very noble and easy pitch to make. The pay’s good as well. 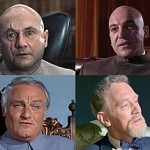 In addition to college recruits, SPECTRE is always on the look out for disgraced/dishonored/disowned citizens. Whether you’re a former Chinese scientist, a former Russian general.. basically a person of power in some fashion who went a bit too extreme.

Finally, if they catch you young enough, SPECTRE is willing to train the right candidates. Generally speaking, these agents are mostly used for muscle, but because they train so many you have a longer life expectancyÂ and better pay!

Those are the three ways we know of getting into SPECTRE, if you’ve been recruited in another fashion please let us know!

SPECTRE is a completely profit-driven organization. Everything they do, from research to scheming to blackmailing to the theft of nuclear submarines is done with the sole intention of the company’s bottomline. One of the reasons failure is not tolerated in the organization is due to the amount of time, money and energy lost on a project.

Also due to the structural design, SPECTRE always has multiple projects at various states so there’s never a time when the company isn’t trying to explo… get a money flow going. The company has a fairly high success rate and is valued well into the billions. So there’s that

On the flip side, while their plans are usually planned and executed well, they don’t always plan for the unexpected. Actually, one man has been able to thwart several of their high risk projects just by snooping around for a few days. A couple more busts like that, and the company may be facing a very difficult financial future. And as we noted earlier, their general turnover leaves much to be desired. Keep that in mind when it comes to stability!

Surprisingly high. When everyone knows that failure won’t be tolerated… and end in their termination, they seem to work just a little bit harder! When employees know that the company values making money and hard-working, it motivates them just a little bit more. Shockingly enough, when employees also know that upper management has a high turnover rate, it tends to motivate most people. They see themselves possibly filling the spot one day or being replaced with a nicer boss.

SPECTRE seems like a great organization to work for. There’s a ton of potential for promotion, money is always flowing in and you get to work on some of the most creative and at times inane projects. Just be warned, that the organization is targeted by almost every major nation in the world!