Evil Under Review: The Foot Clan

Being on the market for a job isn’t fun. No one enjoys the hunt, but its even worse when your business is one of evil. Getting into an evil organization isn’t the toughest task because they tend to have a high turnaround rate. Even scarier, is they tend to have a high mortality rate as well. It is with these concerns that we have banded together here at Nerds on the Rocks to produce this new feature, Evil Under Review. We will examine the biggest, brightest and most evilest organization out there so you have a better idea of what you are getting into!

The Foot Clan is a company based around survival. Its roots and history extends several centuries back to the late 1500s and it has been able to adapt to the ever-changing market forces for itsÂ continuousÂ existence. Recently, they’ve come into some difficulties when they have butted head with a group of Ninja Turtles. It happens. Let’s break down the company’sÂ strengthÂ and weaknesses though. 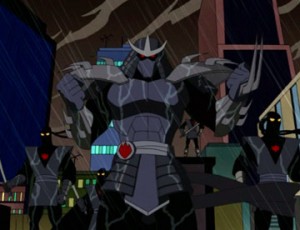 The first thing you have to know about The Foot Clan is its an international company. While most of its recent press has focused on the American branch and its dealing with a certain group of Ninja Turtles, the organization does have other branches. With the official headquarters located in Japan.

Now being able to have your hand in pies all around the world is both a blessing and a curse. On the upside, being able to move globally without restrictions is something that any organization would want. It also allows them to add legitimacy to any and all of their businesses without folks batting an eye. It would also help when you may need to hide out from the same people.

On the downside, if you have an organization with several similar branches, some may crave more power andÂ cloutÂ than they are currently offered. The possibility of a civil war or even unrest within the organization is very high. And you never know when your sibling branches may be plotting your downfall.

Or even worse, especially in the case of the American branch, since you are made to look weak when your bestedÂ continuously. There may beÂ disarrayÂ if/when your leader, in this case The Shredder, is finally dethroned.

The outlook is promising. It tends to have a stable structure, though there is a great chance for your branch to be absolved!

The Foot Clan’s hiring process tends to vary depending on the source you research. While some have noted that the Foot is actually made up of robots in Ninja garb, we can confirm that is not true. Or at least, there is still a lot of room for human involvement in the organization! 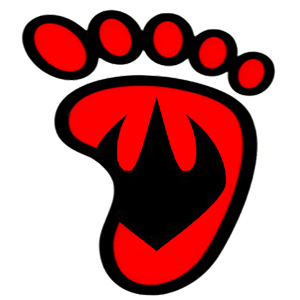 That said, it seems like recruitment into The Foot Clan isÂ dependentÂ on the location in which you are applying to. For example, the Japanese branch of the organization tends to focus on martial arts skills and familial background. The American branch, on the other hand, seems to favor recruiting wayward teenagers so that they are able to mold them into perfect members of the organization. Each process has its ups and downs, and does favor entry-level vs experience so its important to note when applying for the position.

As for room for growth, there seems to be a lot of potential if you are a stand-out candidate. The American branch tends to promote from warehouse dweller to Foot member in short-order. Though there is always the chance that they invest into monster experiments, and cut out some positions. The Japanese branch has potential to become an Elite Guard with proper training, and you get magical powers. Really no downside, except their life expectancy tends to be much shorter.

A job that has key positions for those coming in wet behind the ears and also those with years of experience. No matter how you enter the company, you have potential for growth and promotion, but the higher up in the organization you go, the less likely you are to live. So pick what’s important to you! 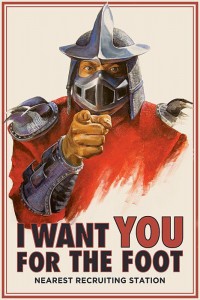 The Foot Clan is an international organization, and The Shredder.. orÂ Oroku Saki is a legit businessman with a public face and company. Also as noted before, due to them being a global organization, a lot of their businesses/fronts are real organizations so their income is consistent.

On the other hand, a lot of their money goes into recruitment and research. The Foot have produced some interesting results including experimentation with animals and enhancement formulas. The experiments for the most part have been dead-ends, which means they aren’t a sustainable business model, but one the organization continues to pursue.

While they have a good revenue stream, they also dump a lot of money into R & D without anything of note.

Everyone wants to be on the winning team, but being part of an organization which tends to be on the wrong side of the law makes it hard to keep up company morale.

So how does the Foot rank? Depending on your field of expertise, it can be really high or really bad. If you work in the warehouse section or dealing with stolen goods, its a good company. Solid victories and returns.

The further you get into the company, especially if you work with the American branch, the more likely you will have to learn to deal with defeat and death. There’s also consistent jail time, and the chance of having your loved ones threaten by your own organization. Its easier to get in then to get out.

This could be you!

All in all, if you are looking for an easy to obtain job, with high rewards but greater risk. There’s few organization that will treat you as well as the Foot. Worth looking into especially if you have Ninja training.