Editorial: Why Rockstar Should Launch GTA V in July

It was only a few years ago that there was only one window in which to release an extremely high-profile, triple-A “killer-app” video game. You know, the kind of game that is not simply a game, but one of the games coming out that year. The kind that sells consoles and gets the “mainstream” occasional gamer back on the couch. 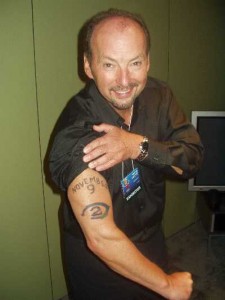 You know, the Halos, Call of Dutys, Maddens, Marios, and Grand Theft Autos. Those games. They always came out during the fall and more often than not were specifically released in November during the rush of holiday shopping. In a way, this made sense. Video games grew out of the toy industry, and toy companies make most of their money during the lucrative holiday quarter when moms and dads everywhere were busy splurging money for goodies for their kids. By 2007 the video game industry had long grown out of the shadow of toys; at the same time, they had already been firmly established as an entertainment medium that wasn’t just for kids, but also had something to offer to adults. Despite this, the fall quarter–and especially the month of November–remained the Holy Grail of video game launch windows. If your game mattered more than any other game that year, you were launching in November.

Despite huge competition from games like Halo 3 and Call of Duty 4: Modern Warfare, the biggest name on the calendar in the fall of 2007 was Rockstar Games’ Grand Theft Auto IV, the high-definition debut of the franchise that massacred most industry sales records during the PS2/Xbox/GameCube era. Then, something incredible happened; GTA IV was delayed and its release pushed into the second quarter of 2008 (specifically April). It was somewhat unheard of at the time; surely Rockstar was better off holding their chips for the 2008 holiday season rather than releasing in the middle of spring, right? 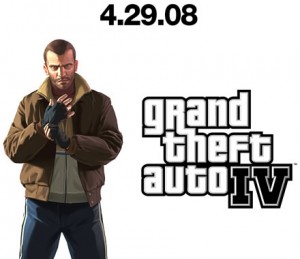 Well, that April release date didn’t appear to have much negative effect on GTAÂ IV‘s sales, which gave publishers an epiphany: they could skip the claustrophobic, highly-competitive fall window and simply launch their big-name title in Q1 or Q2 when there would be decidedly less competition for advertising attention, gaming time, and gamers’ increasingly limited funds in an increasingly expensive hobby. Gaming was now big enough that launching in January or March or May no longer meant getting lost in the pop culture shuffle, especially after the industry’s major media blitz, E3, was pushed from May to June. In fact–with the notable exception of Midnight Club: Los Angeles in October 2008–Rockstar’s titles have only launched in the Q2 window since GTA IV‘s rampant success. Red Dead Redemption and L.A. Noire both released in the month of May and this year’s Max Payne 3 is set to continue that trend. Of course, the publicly-announced Rockstar title that is commanding the most attention is Grand Theft Auto V, which currently has no official release date. Many industry writers and analysts have speculated that–given Max Payne 3‘s slated May release and the strict marketing timetable the company usually employs for GTA–that the latest installment of this lucrative franchise would be hitting shelves in the aforementioned illustrious fall quarter. The question is, does this really make sense for Rockstar?

Let’s take a step back for a second to glance at the bigger picture. Grand Theft Auto–though still undeniably a franchise with enormous weight in the industry–is no longer the monetary king of gaming; that crown has been taken by the Call of Duty series, which has stuck to a hyper-strict timetable of launching its annual installments on the second Tuesday of November.Â Additionally, GTA IV established a trend that has been proved true many times over: launching in the first five months of the year is just as lucrative–if not potentially moreso–as launching in the crowded fall. Many developers and publishers have gone on record to say they prefer a Q1 or Q2 release during which their title will have more room to breathe; in fact, Q1 and Q2 are becoming such popular release windows that they themselves are increasingly crowded every year, too. 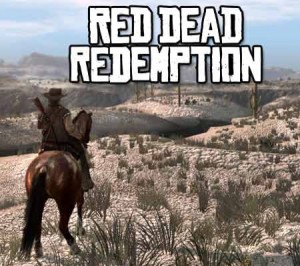 By the time RDR came out, May was crowded. And it still sold gangbusters.

Meanwhile, the summer months have remained as barren as ever with only the occasional release until Madden unofficially kicks off the fall lineup in late August. The months of June and July–and even the first half of August–hardly ever offer anything worthwhile (at least from a retail release perspective; summer does see an annually strong downloadable slate during Xbox Live’s “Summer of Arcade” promotion). Skipping June is understandable given the enormous amount of attention dedicated to E3 hype and coverage, but between E3 and Madden lies a huge gulf just begging to be filled, and Rockstar can once again be an industry trend-setter by launching Grand Theft Auto V during this time when no one else is around.

Now, one of the common arguments against a summer release–besides the lack of historical pedigree–is that kids and adults alike are spending more of their free time outside. That may be technically true when compared versus cooler times of year, but let’s face it: in the digital media age, no one is abandoning their precious electronic devices just because it’s warm out. In fact, for most people 22 years old or younger, the summer is when youÂ have more free time than at any other point during the year, regardless of whether or not you’re going out more. It’s ludicrous to think that a game can’t command attention and money when the market-wide amount of free time is probably higher than at any other point in the year outside of the week between Christmas and New Year’s.

Will it take a game set in Hollywood to learn Hollywood's lessons?

Hollywood learned this lesson a long time ago and often makes the largest chunk of its profits with the so-called “summer blockbuster.” Given that most “AAA” games skew more toward the “summer blockbuster” vibe anyway, it is simply preposterous to suggest that a well-marketed quality game cannot find the same success during the summer as during May or March or November. July is the next goldmine waiting Â to be tapped and the table is completely set for Rockstar to break industry tradition–again–and make a windfall in the process. Grand Theft Auto V is going to be ridiculously successful no matter when it’s released, but if you were a publisher or developerÂ (especially of an adult-targeted game), wouldn’t you rather butt heads with Spongebob Squarepants than Call of DutyÂ or Mass Effect? And guess what, if Rockstar proves it can work (and they are one of very few companies in a position to confidently make that gamble), doesn’t the entire industry benefit from having an extra month-and-a-half to potentially ship their product? We’ve already seen it happen once, and if the folks at Rockstar are their usual ahead-of-the-curve selves, it could happen again–assuming, you know, ifÂ GTA V is actually finished by then.