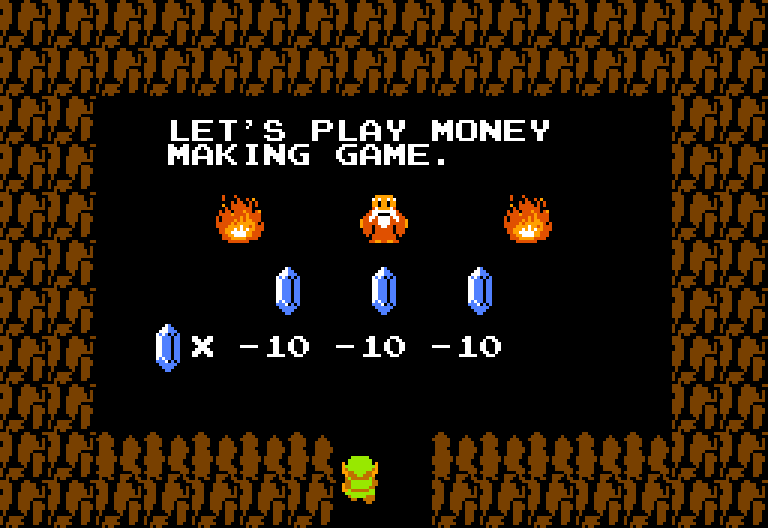 What game world do you think has the best and most secure economical system? Which do you feel is broken?

While most people may not like the concept of money, the way we humans have developed our system of exchanging of goods and services is actually pretty impressive. Of course, we are still dealing with the fallout of 2009’s worldwide financial crisis and personal debt is higher than it ever has been, but at the very least we are past the days of exchanging services like blacksmithery or breadmaking for livestock. That isn’t to say there isn’t room for improvement though. Some video games have some impressively operating economies… others are fairly remedial. I’ll discuss both varieties today.

Let’s start by discussing JRPG currencies, because they rarely make sense. Gil, gilda, gald, munny, goth, fol, potch, or meseta. Whatever you call their coin, they way you get them and how they are used is often nonsensical from the get-go. For most JRPGs, currency is derived from battles with random creatures. As in, you fight a purple bobcat and find 2000 coin in its lower intestine. Instead of questioning why a wild animal would carry cash, you simply pilfer the coin off their mangled corpse and head to the local town shop to buy basic clothing for roughly three times that amount. This system, I would argue, makes the least amount of sense. Disregarding the role of your heroes in this world, how do standard citizens make a living? Not everyone can be blacksmiths or innkeepers, so how are these people making money? Do fathers venture out of their safe villages in order to slay wild beasts? Are the children of these worlds eventually trained to fight and kill these monsters? This kind of basic JRPG economy doesn’t hold up to scrutiny.

Bottle caps, credits, sovereigns, gold. Western RPGs usually benefit by aiming for the most realistic currencies. If you’re in the future, your cash is computerized and you get it from basic trade. If you’re in the past, your cash is gold, silver, and/or bronze and you get it from basic trade. It all makes sense, but it doesn’t perfectly sync up with modern human economies either. For instance, credits are like yen in the sense that it takes thousands upon thousands of them to purchase anything. Sovereigns on the other hand are basically gold coins, which is the equivalent of 100 silver coins or 10000 bronze coins. Understand? Western RPG economies may work, but they aren’t particularly impressive and only slightly differ from what we do today. The coolest Western RPG system, in my opinion, is the Fallout 3 bottle cap economy. Just think about the logistics here — a cluster of atom bombs was dropped on washington and pretty much all metal has become radiated. The only thing the survivors of this nuclear apocalypse have to use as basic currency? Nuka-Cola bottle caps. PRICELESS.

Action/adventure games will occasionally use arbitrary things like hearts, rupees, gold coins, gold rings, or bolts to purchase upgrades, energy, or health. None of these systems make much sense when put into context. I mean, jeez — Link has to invade the homes of strangers and destroy all of their clay pots just to buy things from his local shopkeep. Simon has to vandalize large, gothic castles in order to find more hearts and use/buy unique projectiles. Mario must bash his forehead on every floating gold block he finds because…. well, I don’t really know. I never see him using coins in the main games. Regardless, any economic system that forces you to destroy things that don’t belong to you is inadvisable.

I suppose the best video game economy I can think of exists in Bioshock. No, it isn’t the stray bits of 1960s US dollar bills you find; I’m talking about ADAM. ADAM is essentially the perfect example of video game economic efficiency. Thanks to the little sisters (and the pile of bodies laying around Rapture), ADAM is endlessly renewable (seriously, the treasury is never going to run dry). It’s extremely practical, as it is the one currency standing between someone and extreme plasmid power/death. In spite of the collapse of Rapture’s high society, the currency hasn’t lost any value. In fact, if anything ADAM has become that much more important. It is in such high demand that people are willing to kill in order to line their pockets with ADAM. That said, this is the one video game currency we’ve talked about today that comes with a dash of morality.

One dead littler sister = 160 ADAM and the potential to do a lot of damage, but can you live knowing that you ended the life of a innocent little girl? You could save them instead, but then you get less ADAM and may eventually die yourself as a result. Suddenly, availability of currency and survivability of self play into the mix of how and why you use this currency. To that point, ADAM is one of the things that makes Bioshock a very special game. I wish all video game currencies had this much thought put into them.