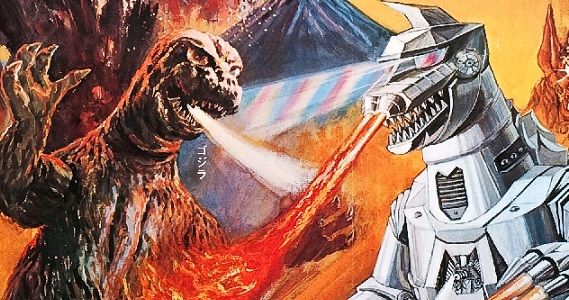 What do you think of the upcoming slate of summer movies? Which are you most looking forward to? Which will surprise? Disappoint?

Keen moviegoers would notice a distinct pattern if the were to sit down and evaluate summer releases on a yearly basis. Like clockwork, major studios release their very best films in the months of May and June, leaving the rest of the summer (until about mid August) open for cheap popcorn flicks, family centric films, and cheap cash-ins. That tradition continues this year, but the later summer months are particularly barren in 2013. The awesome thing about this release layout is that it allows you to take in some of the year’s best before it gets really nice outside. Unfortunately, many of you may find date nights rather cantankerous.

To reiterate, most of the films I am most looking forward to will be available in the next couple of months. Iron Man 3 looms on the horizon and is particularly exciting for two reasons: (1) It’s had a lot more time to develop than the rushed Iron Man 2, and (2) it incorporates one of my favourite Marvel Universe villains. The Great Gatsby follows shortly thereafter and, while I expect it to be more sizzle than steak, it should be visual feast. Star Trek: Into Darkness is expected to impress Trekkies and casual moviegoers alike, as is Man of Steel the following month. That’s about it for a while. Elysium looks like it will be brilliant, but we have to wait until August for that film. Kick-Ass 2 and The World Ends follow shortly thereafter and will likely be just as violent as they are funny. Outside of that, I have hopes that Machete Kills is a solid flick.

There are more than a few flicks that might surprize viewers. The Purge, a horror film about a 12-hour period where everything is legal, has a really interesting trailer out now, so I’m cautiously excited about its release. Much Ado About Nothing is a modern interpretation of the shakespearian comedy, but it’s notable as it is directed by Joss Whedon and stars a number of alumni from his various TV shows and movies. V/H/S/2 should please horror fanatics, if it’s anywhere as good as original. Pacific Rim hasn’t seen a lot of coverage yet this year, but you pretty much have to go since Guillermo del Toro is directing it. Finally, I’m a big fan of the Riddick franchise (Pitch Black and Dark Fury are still favourites of mine), but the last Riddick film really let me down. Hopefully, this new entry doesn’t.

There are certainly a ton of disappointments that await theatres. If there’s anything The Hangover: Part II taught us, it was that you certainly can have too much of a good thing. To that end, I don’t think The Hangover: Part III will end up pleasing many audiences. Fast and Furious 6 looks like a lot more of the same, which is great if you’re into that kind of movie and bad if you’re a casual fan. After Earth looks good from a distance, but it’s also an M. Night Shyamalan – so I’ll swerve to avoid. I can smell the vanity coming off of June’s This Is The End, and The Internship seems like another attempt at trying to squeeze funny out of the Vince Vaughn/Owen Wilson relationship. White House Down just seems like another reason for Roland Emmerich (the guy behind Godzilla, 2012, and The Day After Tomorrow) to blow up nation landmarks. The Smurfs 2 will likely make moviegoers want to vomit with rage…why am I trying to list the bad movies? Look above folks. If I don’t consider it notable or possibly surprising, you shouldn’t waste your time or money.

***Awesome question this week. If you want to ask a question for Trent to answer, leave one in the comments section or reach out toÂ EarlÂ orÂ TrentÂ on twitter. ***