The simple answer would be “Yes”, but I should probably explain my reasoning.

Silent Protagonists continue to dominate a variety of roles, but not all of them are exactly ‘silent’. Several Silent Protagonist variants populate the gaming landscape today and it’s likely that some of your favorite playable characters are actually the strong, silent type. 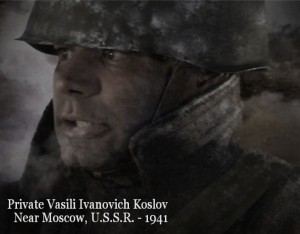 The traditional Silent Protagonist archetype is that of the “Mute”. Mutes are characters who are recognized within the game world as people, but do not speak or respond to to NPCs. A prime example of a mute is Vasili from Call of Duty 2’s Soviet campaign. Vasili is addressed on numerous occasions by allies and will make sounds when hurt (indicating that he is not incapable of speech), but is not at all communicative and we are told nothing about the character’s personality or background. While this structure is an effective way to put the player into their shoes (by using them as an avatar), it is also becoming increasingly antiquated and doesn’t quite jive with the story-driven nature of most modern games. 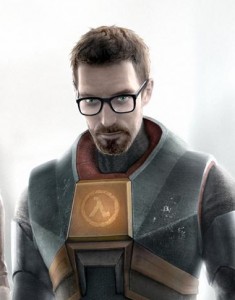 The next archetype builds on that of the Mute. “Developed” Silent Protagonists have full backstory and are capable of speech, but would rather maintain an inner dialogue than insite a conversation. When a game employes this archetype, we are able to see different aspects of who the Developed Silent Protagonist is while the character remains dead-silent. This allows the player to invest their own thoughts and motivations in the protagonist while still acknowledging their identity. Gordon Freeman of Half Life fame is a prime example – we know that he was born in Seattle, Washington, is 27 years old, and is a MIT graduate with a PhD in theoretical physics. He also has a background of good intentions and trying to do the right thing. Gordon never speaks, but his personality isn’t a blank slate like the Mute. This is the archetype most often used by contemporary video games (especially FPS titles). 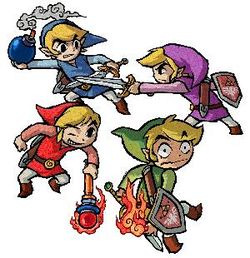 The final archetype is essentially a developed character who has been edited. “Edited” Silent Protagonists are characters whose actions are assumed by the game’s scripting, in spite of having no lines or dialog options. The character technically speaks and other characters in the world react to player as if they have spoken, but the words are never actually shown or heard. Link from The Legend of Zelda is a prime example of an Edited character. We never hear Link speak, but NPCs all talk to him as though they have had previous conversations with him. Also, most dialogue responses we receive from NPCs sound as though they are a direct response to an obvious question. Almost as though Link is actually talking to people and we just aren’t privy to his words.