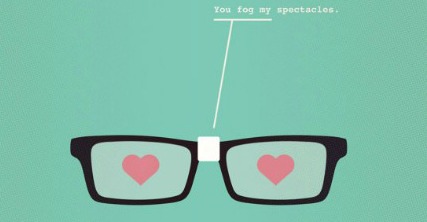 What are some of the most romantic gestures/scenes you can remember from movies? Why did it stick with you?

I’m a great many things, but coldhearted is not one of them. As a single man in the heat of my mid-twenties, there seems to be an expectation that I be running around town breaking hearts and sowing wild oats, but I’ve never really been that kind of guy. When you get to know me, I’m actually pretty sappy; I’m not above watching a romantic comedy (if it’s good) and there have been more than a few moments in film that have tugged at my heartstrings.

Instead of droning on about these moments over the course of several paragraphs, I figured it would be easier on all of us to list what I consider to be some of the more memorable, romantic scenes in film. Casablanca, Lost in Translation, and Titanic won’t be included because (a) those romances were surprisingly thin, and (b) I’m not that pretentious of a film snob. Also, this isn’t meant to be a comprehensive list.

A lot of people look down on Love Actually because it’s a ethnocentric, holiday-themed romantic comedy predicated upon a large cast and interweaving plot lines. Those people are tools. Love Actually not only boasts a heartwarming message, but also numerous well-rounded characters in cleverly constructed sequences. While I’m sure many people would cite the scene where a guy in love with his best friend’s wife finds closure using live powerpoint as most romantic, my personal favourite is the proposal between the hopeless romantic author and his former housemaid. They realize compatibility while in the same cottage over the course of the Christmas season, but find traction in the language barrier between them. In the end, he learns and proposes to her in her native Portuguese. Startlingly, she accepts his proposal in his native English. They both sought each other’s companionship and had overcome language barriers in an effort to be together. That’s love.

Nick and Norah’s Infinite Playlist – I Wanna Hold Your Hand

Nick and Norah’s Infinite Playlist, inspite of its hipster levels of pretension, finds sweetness in a number of scenes. Many portions of this indie romantic comedy could be seen as memorable and charming, but my favourite occurs at the very end. The build up to this moment starts around twenty minutes into the film when Nick’s bandmate explains how the Beatles had it right: It’s not about sex, passion, or cheap romance; real love is holding someone’s hand. Passion is great, for a while, but all anyone really wants in the end is compassion. At the tail end of the feature, right as Nick’s psycho ex girlfriend and Norah’s douchebag sort-of ex are physically tearing the two away, Nick reaches out and grabs Norah’s hand. That’s it. The two smile and walk away from the drama that was attempting to pull them apart. Not only was this scene romantic, but the body language rocks some heavy symbolism.

Say Anything – In Your Eyes

Say Anything isn’t the greatest movie ever made. It also doesn’t feature the greatest on-screen romance and at times the way the love story is told feels a little uneven. It does, however, feature one of the most widely appreciated romantic moments in cinematic history. That said, the scene itself doesn’t seem like much on the outside. A broken-hearted Lloyd Dobler gets on-and-off girlfriend Diane Court’s attention by playing a love song through a boombox while standing on his car. Simple in concept, but effective in use. Peter Gabriel’s In Your Eyes may very well be one of the greatest love songs ever produced and the camera movements and editing techniques used to accompany it really make this scene poignant.

We all love Wall-E. It’s a silent film for modern audiences that crafts a poetically simply love story between two robots and takes more than a few rightful jabs at the human race for being wasteful slobs. That said, the romance between our little tin trash compactor and the futuristic EVE really does take center stage. We naturally root for Wall-E throughout the film, inspite of his constant strikeouts with the seemingly Apple-engineered EVE. When he bites the ultimate bullet for her and appears to die, our heartstrings feel like they’ve been pulled out of their chest. EVE repairs him immediately after, but once back in operation Wall-E has forgotten his memory and pushes her aside to compact more trash. That is, until EVE pulls him close for a robotic kiss – the result of which is a spark that reactivates his hard drive and returns him to his adorably normal state. One little kiss between two inanimate objects, that takes a full film’s build up, fixes everything.

UP – Thanks for the Adventure

Pixar has really been great at tugging emotions. Unlike Wall-E, UP is less about falling in love and more about the fallout of love. Our quirky, old curmudgeon of a protagonist has lost the love of his life and has responded to it by bitterly attempting to complete the journey he never could with her. Of course, this eventually leads to a wonderful catharsis for his character, but that’s not where the romance bits of this film lay. While she was alive, Ellie dreamt of going on a very specific adventure and bringing Carl along with her. Time went by, their living situations and plans constantly changed, and she eventually passed away. Carl thought she never got to have the adventure she wanted, only to find out – late in the film’s runtime – that she had everything she ever needed. Carl discovers photos of their married life in Ellie’s childhood scrapbook and a final note from his wife thanking him for the “adventure” of being married and encouraging him to go on a new one. Who would have thought such a romantic moment could exist between a person and their lost love?