What are your thoughts on prequels? When have they been done well? Can they ruin a franchise if done poorly?

The term “prequel” essentially means work that is done after work, but taking place before other work. Like sequels, they can continue franchises both in continuity and money making ability. Unlike sequels, they’re never greeted with the same reverence as an entry in what is considered Â the main series. Prequels are typically used to continue a series when there is no room left for a sequel or possibly if the writers wish to explore a particular character’s backstory. They are rarely graceful, often mediocre, and essentially harmless.

They usually have a tendency to trip over foregone conclusions. For instance, X-Men Origins: Wolverine uses the events of the Weapon X program and the formation of Wolverine’s adamantium skeleton as its climax – in spite of the fact that we know that he’ll appear in X-Men, X2, and X3 with those attributes. The same thing happens in X-Men: First Class, where Magneto and Xavier start out as close friends before leading opposing factions. These are foregone conclusions. Some would argue that they allow for foreshadowing, but I believe they make major revelations ultimately superfluous and lacking in tension.

To clarify, there is a different between prequels, origin stories, and reboots. A prequel can be an origin story and an origin story can be a reboot, but a reboot cannot be a prequel. Some people would argue that 2009’s Star Trek is all three, but it ultimately resets the franchise’s continuity – meaning that, technically speaking, it’s not a prequel. Usually, a reboot occurs once a franchise has encountered a full-on case of sequelitis. Friday the 13th is a great example of this. After eleven films, a television franchise, a terrible game, and tons of merchandise, people were pretty tired of the series. The series reboot, Friday the 13th (2009), was a much needed franchise reboot and was also seen as an origin story for Jason, but not as a prequel.

There are times when legitimate prequels retcon or attempt alter the backstory to the point where it can be mildly annoying. In this scenario, the prequels changes and subsequent consequences should have been mentioned in the original story, but aren’t. For example, in the Star Wars prequel trilogy, various characters interact with others that would meet again in the original trilogy, but there is no evidence of recognition. Looking at video games, Silent Hill: 0rigins crafted a romance between Dr. Kaufmann and the nurse Lisa that wasn’t apparent in the original Silent Hill. These changes are irksome, but don’t have a lot of bearing on the main series.

In terms of prequels I’ve enjoyed, The Godfather: Part II is a classic, Indiana Jones and the Temple of Doom is awesome, Paranormal Activity 2 is the best entry in that horror series, and I actually have a soft spot for Prometheus. I don’t like X-Men: Origins Wolverine because it just continues dumb action bullshit Brett Ratner started in X3, I hate Hannibal Rising because it completely misses the point of the franchise, and Dumb and Dumberer: When Harry Met Lloyd is just a bad movie in general. 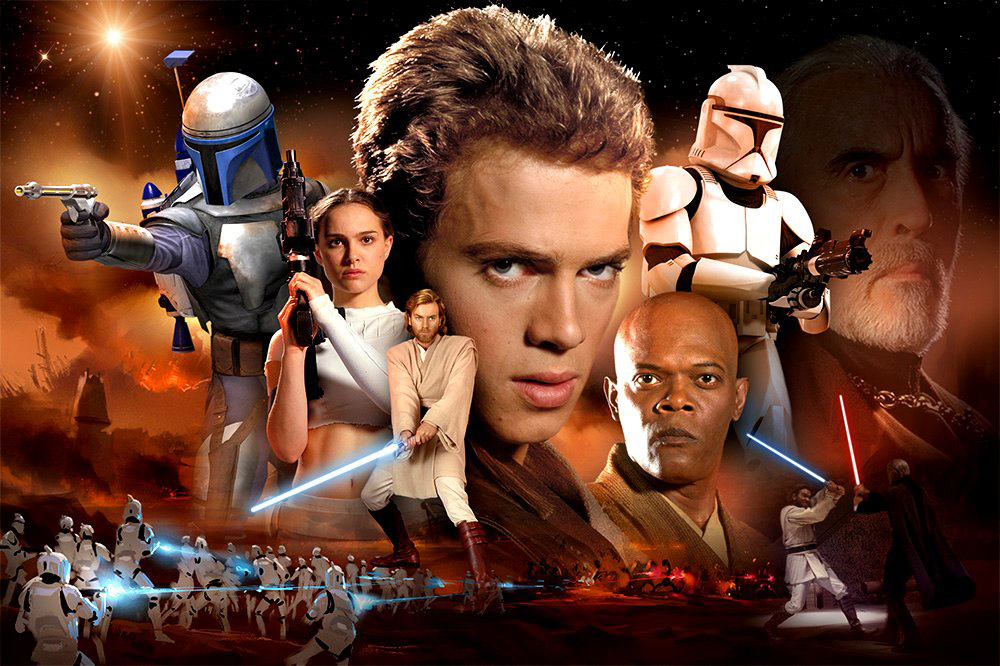 The one set of prequels people love to label “terrible” is the Star Wars prequel trilogy. Nerds often like to cite midichlorians (which was not a retcon), Anakin Skywalker (young and old), and galactic taxation disputes as reasons for which the franchise was “ruined” by Episodes I-III. While I can agree that those elements make those particular movies a lot worse, the people that like to say “the prequels ruined the entire franchise,” are usually full of shit. They’ll still watch the original Star Wars, from start to finish, if you pop it in the DVD player. They’ll still get an arm’s worth of goosebumps when Vader reveals that he’s actually Luke’s Father at the end of Empire. They’ll still think it’s awesome when Boba Fett gets eaten by a giant desert vagina in Jedi. Not even the most cherished of series can ruined by a bad prequel. Especially if it’s easy to pretend that it doesn’t exist. Which it usually is.