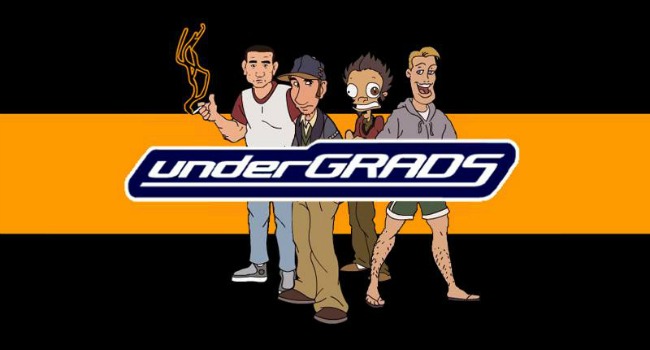 With the recent success of the Veronica Mars KS, are there any shows you would like to see crowd sourced for a finale?

I don’t usually watch television anymore. There honestly isn’t enough time in the day to dedicate blocks of my time to episodic content. As such, most of the abruptly ended shows I love to see crowdsourced are older and likely wouldn’t garner such support. However, that doesn’t mean that these awesome series don’t deserve your attention (and perhaps your name on a petition or two).

Angel originally began as a Buffy the Vampire Slayer spin-off that didn’t know what it was. Throughout the first season the show struggled to find its identity as Angel sparred with different monsters each episode with no larger arc. That changed with a main character’s death and up until the last season, the show was highly arc-driven and incredibly well written. Sadly, Angel ended in the middle of an intense battle where LA falls into hell. There was a comic book continuation of this plot, but it didn’t feel the same as the television show and wasn’t accessible to most viewers.

I suppose this one is a little debatable. Twin Peaks was an amazing urban suspense television show by David Lynch that has inspired Silent Hill, Alan Wake, and Deadly Premonition. It didn’t last long, but left a strong impression. While it does resolve its premise (kind of), that resolution was too dense for most viewers to understand. A theatrical film follow-up, Fire Walk with Me, was more of a prequel/interquel than a sequel and didn’t resolve any of the subplots introduced in the series.

This show struggled to retain viewership. Sorry, it did. The fans will blame Fox, Dollhouse, and Terminator Salvation, but the show had ultimately run out of steam before it wasÂ cancelledÂ  That’s not to say its ending wasn’t unfortunate though. It’s second season with John Connor being sent into the future with a T-1001 where Kyle is the leader of the resistance and nobody has heard of John Conner. Also, Sarah is stuck in the past. An ending with two leads in separate time periods is not satisfying.

Samurai Jack ran for four amazing seasons, but its creature moved on to other projects before providing a real ending. It was promised by Genndy that the franchise would be wrapped up in a feature-length movie, but that is unlikely to happen due to the commercial failure of the Power Puff Girls Movie. I would honestly love to see Jack smash Aku’s face in. Hopefully I will someday.

As I’m sure many of you know, Clone High wasn’t halted by MTV because the ratings or quality was poor. Rather, it was so successful that it attracted a lot of attention. Unfortunately, it also poked fun at India’s national hero Mahatma Gandhi. The outrage sparked over his character lead to protest and fasting – leading MTV to issue an apology and cancel the quirky television show after one thirteen episode season. The cliffhanger ending of this show will kill you.

Another animated show that I absolutely adored.Â CentringÂ on the lives of four undergraduate freshmen, Undergrads focused on all aspects of the college experience. It had nerdÂ humourÂ  before that was cool, and presented interesting characters with a gaggle of hilarious one-liners. Unfortunately, it also only lasted one season. Now and again Pete Williams talks about resurrecting this series in one form or another. I’d be cool with that.