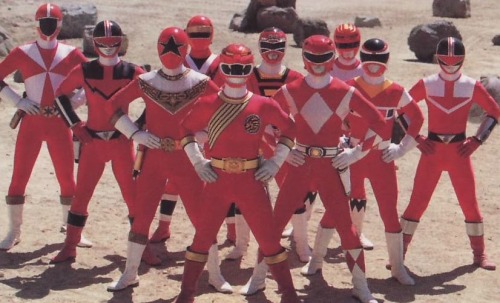 “Do you find crossovers to be more appealing in theory than execution? What are some dream crossovers of yours?”

Crossovers are pretty wonderful in theory. I mean, who doesn’t like to pair up their favourite characters from multiple franchises? It’s the dream of every fan fiction writer, really. The challenge, which usually spoils the whole experience, is making sense of why these characters are together at all. Like, should the narrative involve time travel, aliens, drugs, or parallel universes just to make sense of the Power Rangers meeting the Teenage Mutant Ninja Turtles? What about Scooby Doo meeting Batman? I don’t think so, but those excuses seem to be the most common with entertainment writers. And it doesn’t even stop at kids shows.

Video games have seen even more random crossovers, with even worse explanations for the meeting of characters from completely different universes. In fact, many games choose not to explain things at all. This can range from minor unexplained cameos (Final Fantasy Moogles in Secret of Mana, Link/Heihachi in Soul Calibur II, Dante in Viewtiful Joe, etc.) to major unexplained cameos that actually change the course of the game’s narrative (Super Smash Bros., PlayStation All-Stars Battle Royal, Marvel VS Capcom, Street Fighter X Tekken, etc.), or at least what can be laughingly called a story. If that sounds like an insult to your favourite crossover franchise, it should.

The only medium that does this on the regular with some sensibility would be that of comics and graphic novels. Great detail is usually put into why characters are meeting, even if the plot has to jump through a lot of holes to make this meeting plausible. Star Trek/X-Men, AVP, Spider-man/Ren & Stimpy, and JLA/Avengers are all examples of seemingly unlikely properties that met up under somewhat reasonable circumstances, given a proper amount of exposition.

So, given the fact that I’m down with PROPERLY EXPLAINED random meet-ups between characters of different franchises, what crossovers do I like? Well, I’ve always dug Kingdom Hearts. As a fan of both Final Fantasy and Disney, it’s pretty obvious as to why. Also, they put great effort into explaining that the Final Fantasy, KH, and Disney characters are all together because they are native to different worlds that are all experiencing the same menace. I also like Warriors Orochi 3, which melded the heroes of Dynasty Warriors, Samurai Warriors, Warriors of Troy, and Bladestorm together in a conflict against a time manipulating serpent king of legend. I love each of those series individually, so to see my favorite characters in collusion with each other was a treat. I also dug Dissidia Final Fantasy’s concept, even though I was never a huge fan of the gameplay itself. That’s just talking games though; movies and TV can be a whole other thing.

Personally – and I know I’m in the minority – I’m a fan of Freddy VS Jason. After years of both franchises getting progressively worse, this film was kind of a return to form. Freddy was still having fun, but he also wasn’t as thoroughly cheesy has he had been in the later Nightmare on Elm Street flicks. Jason, on the other hand, was an unstoppable, stoic killing machine from hell. He wasn’t as over played as he had been up to this point (seriously, some of the Friday the 13th films were positioning him as a protagonist) and he looked downright terrifying. The faceoff between the two of them at the end of the film was also truly fun to watch and had a twist or two. I also don’t hate the first AVP, in light of how bad most of the Alien films really are. Now, on to TV…

Forever Red. Seriously. Any Power Rangers fanboy will tell you that Forever Red is the real deal. Jason from Mighty Morphin, Aurico of Alien Rangers, Tommy of Zeo, T.J. of Turbo, Andros of Space, Leo of Galaxy, Carter of Lightspeed Rescue, Wesley AND Eric of Time Force, and Cole of Wildforce; ten Red Rangers and the return of their respective arch nemeses. It was more awesome than any kid should be able to take. There will never be a television special, Power Rangers or otherwise, that will top Forever Red.