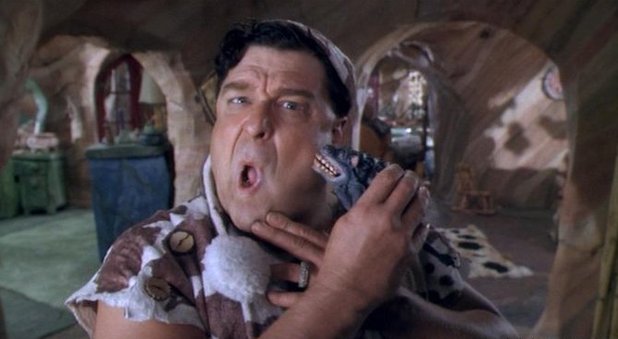 “Who do you think is the audience for reviving ancient cartoon series as movie franchises?”

Who I think the audience is and who Hollywood executives likely assume the audience to be are two very different things. The problem with Western Animation, unlike anime, Â is that the cultural dynamics attached to it suggest it is only intended for young audiences. Generally speaking, Warner Bros, Hanna-Barbera, Dic, Dreamworks, and Disney Classics, are meant to be consumed and enjoyed by people between the ages of five and fifteen. That isn’t to say that some adults don’t still watch and enjoy Scooby-Doo, The Flintstones, and Fat Albert, but it isn’t as though it is considered socially acceptable to watch them ad nauseum.

Certain shows like Adventure Time and My Little Pony: Friendship is Magic have been able to subvert this by including numerous cultural references that will fly over the heads of any kids watching. Some superhero shows (usually those involving DC characters) have also been able to subvert this animation age ghetto by crafting story arcs with adult themes (death, violence, crime, adultery, lies, etc.) The animation is often still colourful, the content is still fun, but the audience is expanded by context. However, most animated shows are still limited by intended viewer age.

One way to get around this, especially with much older pieces of Western Animation, is to take something originally animated and turn it into a cartoonish live action feature film. The reasoning behind this is twofold: (1) Any story arc can be built using recognizable actors providing a few noticeable tropes from the original show are leached, and (2) older audiences can enjoy the nostalgia while their kids enjoy the silliness.

This practice has occurred a number of times since the early nineties. I’d argue that the first live-action Flintstones feature film really kicked off this trend. It’s commercial and critical success indicated that you can have a runway success using a lazy script and an IP which has been collecting dust for 30 years. Ever since, a number of once-great cartoons from our youth, or even before our time, have been resurrected. Scooby-Doo was lazily brought back for two feature films, Yogi Bear stayed true to form (though, that isn’t a good thing), Rocky and Bullwinkle’s many sequences have spawned several so-so live action flicks, George of the Jungle put Brendan Fraser in a loincloth (which I can never forgive), Inspector Gadget did well but went straight to DVD for its ho-hum sequel, and M. Night Shyamalan’s adaptation of the critically lauded Avatar: The Last Airbender made fans cry and critics vomit. Historically, all of these have been lazy and stupid iterations of generally more impressive cartoons (save Smurfs, which I would argue has never been funny or decent).

To circle back to the original question, I don’t think that the audience is everyone and their kids. I think the audience that is really being cashed-in on are the people who are too weak willed to not give in to nostalgia and too terrible with their money to not avoid seeing awful movies. I hate these films.