When Microsoft first unveiled the Xbox One, they revealed that Kinect would be a mandatory part of the experience. This was met with anger and outrage from the gaming community. After their experience with Kinect on the Xbox 360, they simply saw this as a hollow gimmick to catch the “fickle casuals.” If they are right or wrong, we’ll get to in just a bit. In recent weeks however, Microsoft has had to be on the defensive, backtracking on certain aspects of the Xbox One set-up to remain a viable contender for consumers.

The most recent example of their backpedaling came just a few weeks ago, when it came out that Kinect would no longer be a mandatory device to use your Xbox One. This news, shocking no one, was met with applause and cheers from the gaming community. Microsoft was learning, while I was left baffled and saddened by the news. 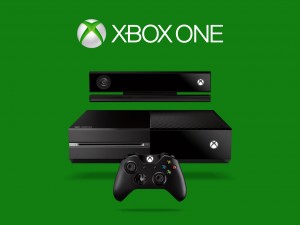 Microsoft has essentially reset the Kinect to square one. Let’s be upfront here, I wasn’t a fan of the original Kinect. My experience with the device was generally poor. Whether it was trying it out at a convention or at friends’ houses, my experiences ranged from Kinect doing a poor job recognizing me and my motion, to a general lack of truly compelling content.

I will admit that, and also admit that part of that problem came from the fact that Kinect was an add-on for the Xbox 360. It came in 5 years after the console was on the market, and was never a huge part of the design. There were inherent limitations to the device, and the fact that only a portion of the audience owned it, made it less of a focal point for developers and publishers. What we got intend of unique and compelling original content was attempts to cash-in on popular trends (sports comp, fitness games and dancing games) or being shoe-horned into popular franchises (Mass Effect 3, Skyrim and Forza 4). This wouldn’t leave the most endearing image to consumers.

With all of this said, I still believe that Kinect has some type of potential. A potential that would be easier to recognize if publishers/developers/consumers have a reason to invest into the device. Making it a mandatory part of the Xbox One experience was key to this. Now that it isn’t mandatory, most Kinects will either be sold or packed away and forgotten. If you are a developer or publisher, would you risk money on a venture that potentially wouldn’t reach every consumer possible?

On the heels of this, GameTrailers also ran a video feature asking if Nintendo should remove the GamePad from the Wii U. And my mind once again returned to this notion, which is even more baffling with the GamePad since it offers all the core functionality of a “normal” controller. Sure, there is a case to be made that Nintendo hasn’t made a compelling reason for the GamePad’s existance, but because they haven’t done it yet, doesn’t mean they never will. If you read any reviews from 2011’s Legend of Zelda: Skyward Sword, you would see many reviewers comment on the fact that Nintendo finally established the potential/purpose of the WiiMote, a notion I disagree with, and that was 5 years AFTER the console was initially released. Who is to say Nintendo or a 3rd party won’t find that one knock-out game that the GamePad was needed for? If they remove it from the box, it does kill a lot of the potential experimentation from interested parties. (And also doesn’t fix the bulk of the Wii U’s problems.) 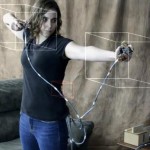 These are only the two most recent examples though. For the past decade, I’ve watched as the gaming community balked at the idea of touch-based gaming, of motion-based gaming, of mobile-based gaming and more. For a community that is constantly begging for new and innovative ideas, they always seemed so closed off to any that broke from their traditional manner of input.

This has just been my observation. I know these devices aren’t for everyone, but do hope folks approach them with more open-minds. You’ll never really know where the next major paradigm shift comes from.