Early during the SuperBowl last night, DC Comics dropped the news that they will be adding two more imprints to their ever-growing publishing slate, DC Zoom (not related to the Flash villain) and DC Ink. DC Zoom will focus on books aimed at middle schoolers, while DC Ink looks to enter the young adult market. And I’m here to say it’s about damn time. 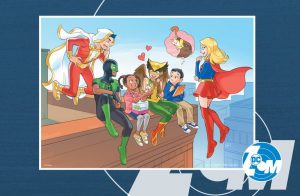 First, let’s be fair to DC Comics they have tried recently to expand their general appeal and target audience. I have been a champion of DC Superhero Girls line since it was announced and it has only grown over time with its own animated series set to debut this year and more and more original content promised. And the brand is set to be folded into the DC Zoom line.

However, there other ventures have either not been as successful or not really supported as well, the Batman Unlimited line stopped producing content at the end of 2016 and DC Super Friends didn’t seem to fare much better for them. In addition to that, unlike the Superhero Girls line there wasn’t a ton of graphic novels/trades created for these lines and were more toys with a video tie-in series.

But that was then, let’s focus on the future… and the future is youth. I love comics, I have for most of my life, but even I accept that the industry has transformed itself to something that has mostly catered to the die-hard life-long fans. And there are many reasons for that, but these two new imprints do look to tackle a lot of the major problems head on. 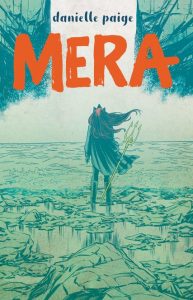 The best place to start if the price, where comic fans have grown accustom to spending anywhere from 2 to 5 dollars for a single issue of their favored books, and then looking at trades in the 20-30 dollar range, these lines look to make it more friendly on the wallet. The DC Zoom graphic novels will retail for $9.99 and include 128 pages of content and the DC Ink line will be $16.99 for 192 pages of content. Not only does it scream value, but it places the books in that easy impulse-purchase territory for parents and let’s be honest these will look damn fine on those Scholastic book sales.

In addition to the value ask of the books, these will also be wholly self-contained books. Now if they are similar to the DC Superhero Girls line the closest analogy would be a police procedural on TV. In the sense that all stories take place within a larger universe, but mostly be self-contained with a few major changes every now and then. It allows almost every book in the line to be an entry point for new readers without needing the assistance of Wiki and 17 comic scholars.

Finally, and this is something I wrote about before, the books that they announced features a diverse mix of DC Comics characters. I love the world and its characters, and I’m glad they are taking the chance to expand the appeal of some of their characters whether up and comers or some who haven’t really been given a fair shake.

In addition to featuring a mixture of DC Comics characters, the books also have a pretty diverse mixture of creative teams behind them. Female authors are taking the lead on a lot of these books, and we have representation in race as well. And with the shackles of continuity removed, I am sure they will come up with something special.

With that said, let’s take a look at the books announced so far and their creative teams.

Like I noted above, a good mixture of characters new and old. A focus on female heroes, younger heroes and tackling issues not always seen in comics such as climate change in the Super Sons book.

All in all, the DC Zoom and DC Ink announcement, may be the most exciting news around DC Comics in the past decade and that speaks volume because there has been some truly great ideas from them in the past few years. I hope these book do gangbusters and we create a new wave of comic fans.