DC Cinematic Universe: Make Mine an Animated One?

Warner Bros and DC Comics have finally started coming forward with their plans for featured films using the iconic characters of the DC-Verse. After placing their mark on 10 different days for 10 different movies over the next 6 years with no concrete titles aside from Batman V Superman: Dawn of Justice, it left fans to speculate.

When it comes to speculation, it’s always easiest to do when using some frame of reference. And when it comes to comic book movies, that reference has to be the Marvel Cinematic Universe. After 6 years, and about 10 movies, Marvel has created a format that has proven to be highly successful, both commercially and critically. It would make sense then for Warner and DC Comics to replicate that model.

As a refresher, in case you have somehow avoided the Marvel movies; 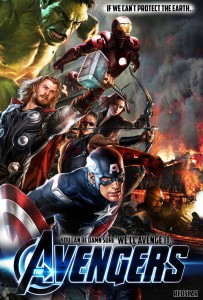 their model is simply release a varying number of films in an ever-expanded connected universe. Each film would have some element that ties it into previous films or the film after. Iron Man introduced Nick Fury and the concept of the Avengers team, which would come 4 years later. Captain America introduced the Tesseract which becomes a huge plot point in The Avengers, and opened the door for the Infinity Gems which became a corner piece of the recently released Guardians of the Galaxy. It’s a complex but simple web. Everyone can enjoy each film on its own, while poking and prodding the fans in subtle way to continue their story with other films.

But having a great model would mean nothing if it didn’t lead to large success. Since creating the Marvel Cinematic Universe, Marvel had produced two separate films that have grossed over a billion dollars apiece. Mix in the fact that every film in Phase 2, to date, have done at least 600 Million worldwide and you see that Marvel’s risky venture has become a surefire money maker. Even properties as obscure as Guardians of the Galaxy have been able to set new benchmarks for release with the record-setting August debut. Every ounce of logic would point to DC copying that model because it has proven so successful. 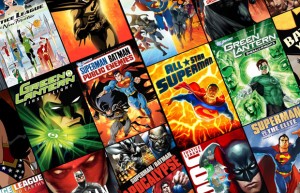 But while everyone is looking up, very few are looking down. For close to a decade, DC Comics have found some level of success with their slate of original animated films. Over the past 7 years, DC Comics have released over 20 original animated films. And while many of those are standalone films, they have tried connecting various releases. First with the release of Superman/Batman: Public Enemies and Superman/Batman: Apocalypse and then with splitting The Dark Knight Returns into two parts.

More recently however, they have established a new release schedule which would see them release 3 films in a year. Of those three films, two would be a sequel/continuation of one major storyline and the final would be a standalone product. In 2013, we got Justice League: The Flashpoint Paradox, which was followed by Justice League War in 2014 and Justice League: Throne of Atlantis will arrive in early 2015. This year introduced the “Son of Batman” arc which will be followed up in 2015 with Batman Vs. Robin. And as the third film of 2014, we got Batman: Assault on Arkham this year and next year will see Justice League: Gods and Monsters.

Based on rumors we’ve seen over the past year or so, it would seem that Warner is trying to replicate their animated model more than copying the Marvel model. While there are no official titles, we’ve had strong rumors of some of the other films in DC’s lineup including Shazam, Wonder Woman, Justice League, A Man of Steel sequel, Sandman, The Flash/Green Lantern team-up, Metal Men, and the Suicide Squad. We’ve also heard that Zack Snyder is attached to Batman V Superman and Justice League as the director. Most likely, he would also be around for the Man of Steel sequel.

The way I see it breaking down is DC has a connected Synder-verse, Man of Steel> Batman V Superman: Dawn of Justice> Justice League> Man of Steel 2, rinse and repeat. That would be the core storyline progression in the DC Cinematic Universe (for lack of a better term). This would parallel the Justice League stuff in their animated movies.

The second tier of movies would be more standalone adventures that tie into the larger universe, but may not necessarily affect their plot and progression. In terms comic book fans may understand, think of them as the back-up stories. We’ll see the solo adventures of Gal Gadot’s Wonder Woman, Shazam’s standalone film, perhaps a Batman solo adventure, and the GL/Flash crossover film.

The final tier would be those completely independent adaptions. Things like the Sandman, Suicide Squad, and Metal Men. Films that are probably made on a smaller budget, and their failings wouldn’t have any bearing on their major releases. I would also imagine these may be their November releases as it lessens their need to make an immediate impact during the generally crowded summer blockbuster season.

Part of what also makes me think that is I don’t see how films like Sandman or Suicide Squad would fit into a larger DC-universe proper. They seem so divorced from the typical heroes and the Justice League that it would feel forced to make any type of inclusion.

On the business front, it would also allow Warner time to develop their central ideas while still putting out movies in the most popular genre in Hollywood right now, and does help diverse their portfolio as it wouldn’t be all capes and damsels-in-distress.

For now, it’s all really speculation until DC decides to share more information, but I do hang my hat on believing that not every film will be in a proper continuity/tie-in design.