Welcome to What’s New in The New 52 — where you, the fans, get a sneak peek at the stuff that crosses our desks. This little feature is a way to keep you all in the loop about what’sÂ new, different and exciting in The New 52 — whether it’s a character design, cover, splash page or panel.

Just over two years ago, DC launched it’s most ambitious endeavor to date, The New 52. The relaunch of all of DC’s brands across 52 monthly books has proven to be a success. Now after the events of Trinity War, and the unprecedented support shown for Villains’ Month, we are ready to announce our most daring project to date.

The DC 365! For one year, we will shake-up the DC Universe in the most Earth-shattering, status-quo nuking, globe-trotting crossover event in comic history. Every single day, there will be something new and exciting in this story. 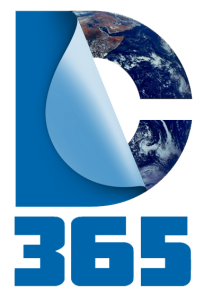 A story this ambitious, this large and this long-lasting though can not be confined to the pages of a comic series. Instead, we are proud to announce the first ever cross-media crossover event. The events of The DC 365 will unfold in our print comics, digital comics, in Arrow, through DLC for Injustice: Gods Among Us, the upcoming Batman: Arkham Origins and Batman: Arkham Origins: Blackgate, the back of cereal boxes, in the pages of your local newspaper, in a webcomic on Penny-Arcade, through social media on Tumblr and Facebook, through songs produced by Kirby Krackle, in our animated movies, on Beware the Batman, Teen Titans Go!, DC Nation shorts and so many more.

The story will also be our most topical one to date! The series sees the DC Universe fighting a threat they have never seen before. An organization using their brands to slowly drain the money out of unsuspecting foes to corrupt the world’s economy and lead it into ruins. Not even Lex Luthor is safe from this organization’s evil scheme. How will it all shake out? You will have to stay tune to find out!

This mega-crossover is set to premiere in November. And you don’t want to miss the explosive first-issue or the 364 tie-ins after it!