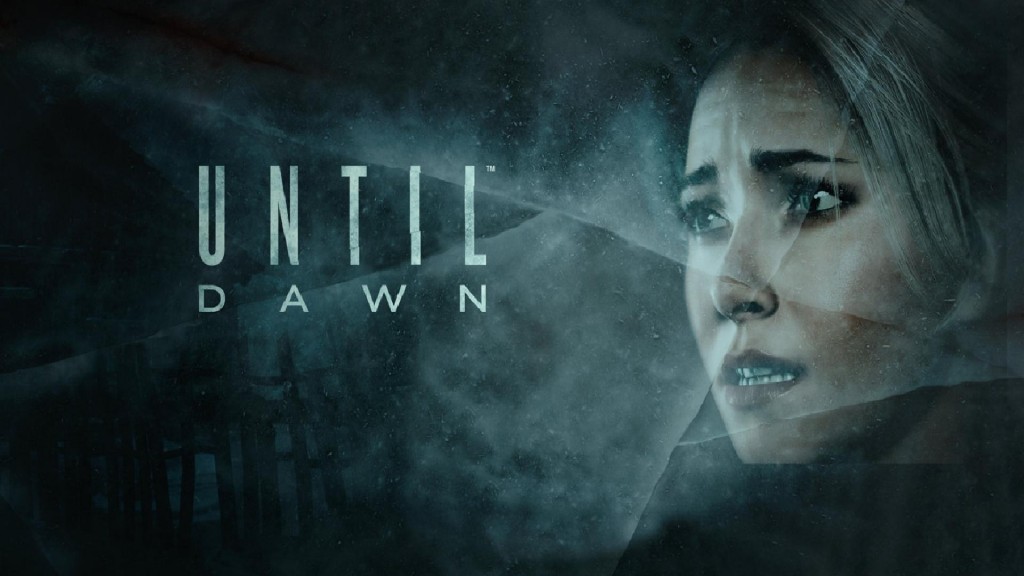 Until Dawn is an interactive survival horror title that blurs the line between film and video game. While the player has a certain degree of agency as the plot progresses, the many branching paths essentially boil down to a “choose your own adventure” experience (path A, B, or C). This under-pressure approach to in-game decision making works well in a horror context, and I honestly found Until Dawn to be more engaging and unnerving than any of David Cage’s games. That being said, this is Supermassive Games’ first major AAA title – and it shows.

The game’s prologue gives account of a night where an ill-conceived (and debatably cruel) prank leads to the disappearance of two sisters. In the snowy mountains of Alberta, eight spoiled rich kids party as shadowy figures stalk the grounds of Blackwood Pines. Mike, Chris, Ashley, Emily, and Matt hide in one of the lodge’s bedrooms waiting for Hannah to show up. Hannah was given a note by Mike asking her to meet up with him for sexy times. Meanwhile, her brother Josh is passed out (drunk) and her best friend Sam becomes aware of the prank too late – unable to stop it. Hannah gets ambushed right as she starts to take of clothing, and runs out of the lodge of embarrassment. Seeing her twin sister in an emotional panic, Beth runs after her into the night. These two characters would never be seen again.

The brilliance of the game’s opening really can’t be understated. Sure, it paints a majority of the game’s cast as immature and ultimately cruel trust fund babies (who you can take pleasure in killing later), but it also creates a stage for the events to come. Why had Hannah and Beth’s bodies never been found after a full year of searching the mountain? What was stalking the lands outside the lodge? How had this turn of events affected our cast of characters – including the twin’s brother, Josh, who was passed out at the time? This prologue effectively exposes us to the basic gameplay flow while also providing an emotional backdrop for the events to come.

Yes, the cast goes back to the same lodge around the same time a year later. Josh has called the friends back to party because, “Beth and Hannah would have really appreciated them getting back together.” It is a sweet sentiment, but something weird is happening in Blackwood Pines. Wanted posters are posted around the grounds for man who might have a grudge against Josh’s family. A stranger stalks the teens as they explore the snow scape. A creature or spirit that is somehow related to the aboriginal folklore of the region might be roaming in the background. People go missing, and they have to fight for their lives.

A game like this lives and dies by the effectiveness of its setting and quality of its characters. That first part was truly nailed by the development team. Mount Washington has a rich and frightening history that makes every area ooze sinister grief. The game’s excellent graphics emphasize its atmosphere as both snow and dust have very believable particle effects and a great degree of detail has been poured into discoverable items and environmental design.

The characters, sadly, are a bit of a mixed bag. Mike, Chris, Ashley, and Sam float to the top as the most dynamic and complex. Their motivations and reactions are human, understandable, and endearing. Josh is the odd duck – being both extremely interesting from a narrative perspective and poorly developed in the time we actually spend with him. Jessica, Emily, and Matthew, however all feel under-baked and at times completely grating. Emily in particular is going to test your will to not kill characters.

Death does happen too. One wrong choice in a heated chase or one missed quick time event and you have a higher body count on your hands. Often, you won’t know what choice would have been best to save them, and due to Until Dawn’s strict auto-save system you won’t be able to until a second play-through. This can be frustrating, as sometimes the perceivably “safer” route will be the wrong one or a QTE that was missed by a mere quarter-second will spell out an extremely final fate. In my case, I had saved all but two characters on my first play-through – until, that is, the final decision event of Until Dawn. I guess I had made the wrong choice and three more died instantly. It was sad, but that finality packed an emotional punch.

This game is an experience with a rich lore, and thankfully that lore lends itself well to the plot. Through newspaper clippings, found diaries, and film reels we discover the true horror of Blackwood Pines and not everything is as it seems on the surface. In fact, figuring out the multiple twists is where you were really become invested in the experience. My future wife and I spent quite a bit of time trying to predict the events to come in the game, and it certainly kept us on the edge of our seats.

Adding to the atmosphere are Totems of the Cree tribe that offer premonitions to our characters. These found, multicolored Totems offer premonitions of what is to come. You can view deaths in advance of them happening, instances of characters being in danger or experiencing loss, and suggestions of what to do in order to not die early. This adds an interesting element as it gives players both reason to pay attention to their surroundings and also tips to getting the most out of the game. Find every Totem and more focus is also given to the mystery of Blackwood Pines.

At this point, you may be wondering what isn’t right about this extremely interesting experience. Well, other than the mixed quality cast, the constantly changing camera angles can make navigation a chore. I also didn’t love how walking into one area can lead to a cut-scene which stops you from investigating another. In a game where you live or die by your ability to be observant, that is a sin. It should also be mentioned that while the environment has a lot to see, the cast of characters doesn’t comment on it enough and sometimes interesting places lose a bit of their character as a result.

The visuals, as I’ve already stated, are amazing. However, the character designs are geared too much towards photorealism and an uncanny valley effect kicks in every now and then where their faces look either scary or stupid. Finally, I completed this game is roughly five hours. It’s meant to be played more than once, but some people just won’t and those people won’t find value in their $70 purchase.

Overall, Until Dawn offers an extremely well executed narrative experience that has a few rough edges. It’s a great game that I can see myself playing multiple times, although not everyone will feel the same way and its high price tag stops me from outright recommending a purchase. I, however, was invested from start to finish and spent more hours than I’d like to admit theorizing over what happened before, during, and after the game’s events. Hopefully, we will see more of this game through DLC and maybe a sequel in the future. If you’re looking for a horror game that makes you think but isn’t slow, give Until Dawn a chance.

*Reviewer was provided with a review copy of Until Dawn.*