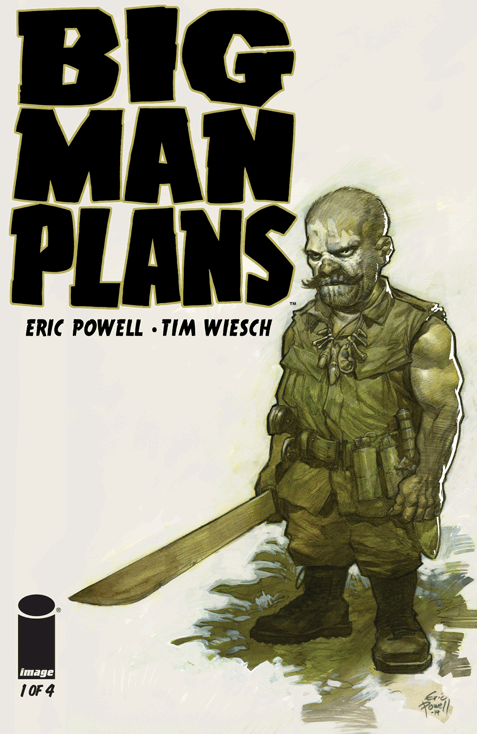 Vampirella makes a return to Drakulon (sorta), X-O Manowar kicks ass in the stars, and full frontal dwarf nudity in the new mini-series from “The Goon” creator Eric Powell – all in this week’s releases from Dynamite, Valiant, and Image. 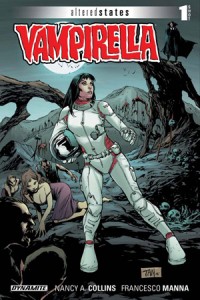 I’ve been waiting for this one ever since I saw the cover. Vampi in a space suit can only mean one thing – a return to her home planet of Drakulon.. except not. “Altered States” is billing itself as Dynamite’s Elseworlds, but the fact that this tale is set in an alternate universe doesn’t make it any less enjoyable. It reads like a color issue of the old Warren books to me, but I don’t know if that was Collins’ intention or my own interpretation after finding us back on the vampire planet. Oh how I have missed the alien bloodsucker kookiness of the old Vampirella runs.

After her space shuttle is mysteriously pulled through a wormhole, Earthling Lt. Ella Normandy (as our main character is called) finds herself the lone survivor of her crew on a planet full of blood drinking humanoids. Pulpy as it may be, the art in this one-shot is on point. Desert landscapes, vampire battles, and a tasteful shower scene – all neatly drawn and colored. I do hope this is a universe they will return to soon. 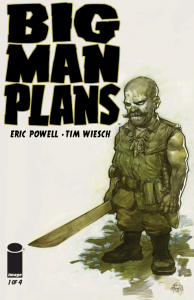 Prison shankings, ‘Nam flashbacks, kids getting punched in the face – if you like your books tough, mean, and a little bit odd this is for you. Following a little person ironically nicknamed “Big Man”, we see his heartbreaking childhood and the life that has led him to be the cold sumbitch going on a rampage in the book’s present of 1979. Typical of Powell’s work are the evocative art and superb panel arrangement. His comics read so smoothly, I swear he’s some sort of warlock of sequential art. And if that isn’t enough to convince you, the lead totally hangs (circumcised) dong about halfway through the issue. 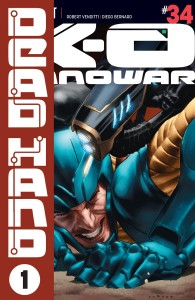 When Aric must defend an alien planet from robot invaders, he finds the metallic army are looking to rid the universe of the “armor virus” by any means necessary. Who knew having an ultra powerful alien battle-suit would come with such negative consequences?

One of my favorite things about this title is it’s accessibility. Venditti really knows how to pace his adventure, bouncing around across the galaxy but never losing the reader or exhausting them. Also, I have an early candidate for most bad ass line of the 2015 – when faced with countless enemies, Aric calmly aims his arm laser and says “Send forth your army. It will be met”. Dude – can you tell I like this book?

Bernard’s pencils take us to the stars and back, kicking off this new arc. Having only jumped on board recently, I’m curious to see the X-O Manowar armor take on such a huge threat.