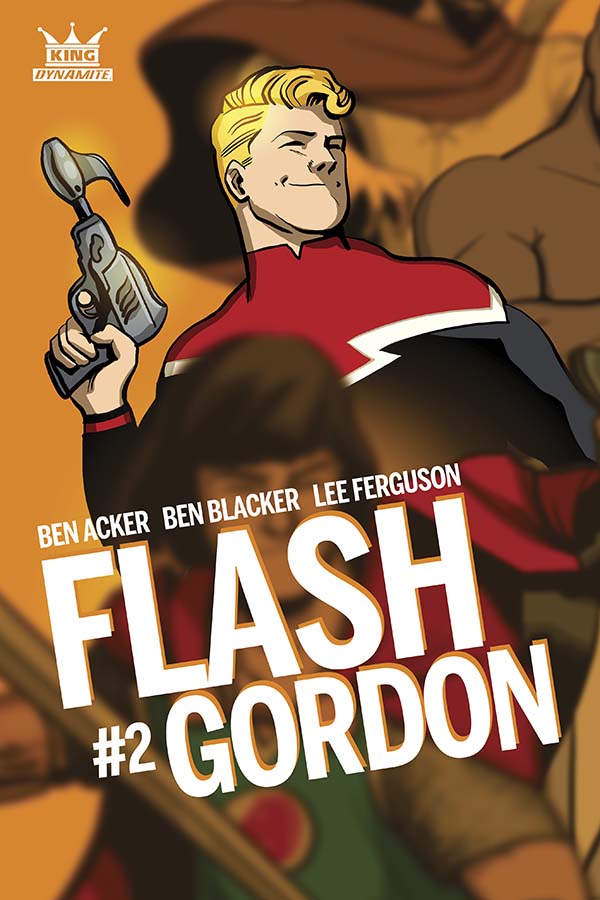 Flash Gordon and crew are captured, Charlie Wormwood’s bad luck gets even worse, and John Shaft has a break in his case – all in this week’s releases from Dynamite Comics. 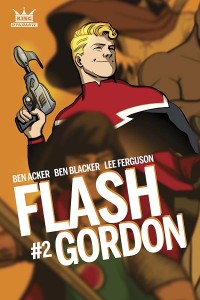 I’ve been waiting for this after being unexpectedly won over by the first issue. The cover by Sex Criminals artist Chip Zdarsky is a great way to welcome us back to Flash and his companions on their way to Ming as prisoners. While there were some fun moments, I have to admit I felt bored while reading this. There are less antics from Zarkov (although I laughed out loud when the nearly naked scientist asks for a pair of pants) as the trio of Earthlings try to escape from Ming’s humorless drones. I really hope next issue can deliver the intergalactic excitement we got in the first. But even if the story dialed back, Ferguson’s art is still on point with retro flair. 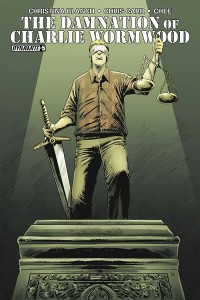 The Damnation of Charlie Wormwood #5

This issue closes out the first arc with Charlie’s father in a coma and problems within the prison growing as Liz reveals her creepy student is getting even bolder in his advances. The dual art styles of the series come in handy as some pretty intense flashbacks are show in stark black and white instead of the overarching narrative’s grey. Well drawn by Chee and the drama piled on by the authors comes off as tragic rather than melodramatic. 5 issues in and Charlie just cannot catch a break. However, at the final page there are still many, many threads left unresolved. 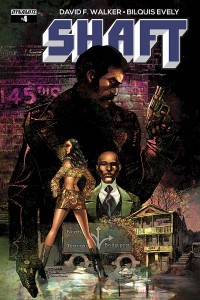 Threatened by a crime boss to find Marisol Dupree in 48 hours or else, Shaft takes a trip to Harlem that puts him face to face with his old mentor, Bamma Brooks. Despite Bamma laying the hurt on John at the end of the inaugural issue there is still an air of begrudging respect between the two tough guys. It’s telling when Bamma tells John not to smoke in his car, John’s cigarette goes right back into his pack without any argument.

We learn a bit more about what makes Marisol Dupree such a hot target but the MacGuffin isn’t completely revealed in this issue. This title is shaping up to be quite the smooth noir. While he always stays cool, John is definitely earning his stripes as a gumshoe on this case, knocking out any crooks (or crooked cops) on his hunt for Arletha’s killer. Shoutout to Evely’s detailed art for bringing the Blaxploitation era to life. Period accurate clothing and historic views of New York City are just a few things that make the adventures of young Shaft so entertaining to read.