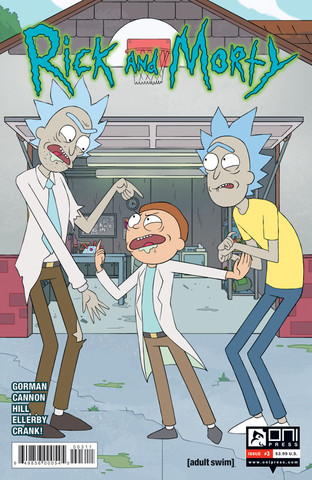 Brand new issues of “King: Mandrake The Magician”, “Rick and Morty”, “Stumptown”, and “Bloodshot Reborn”  – all in this week’s reviews from Dynamite, Oni, and Valiant Comics. 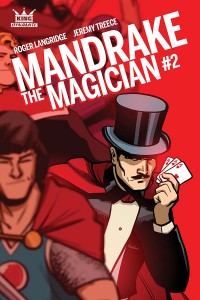 While the King revivals of “Flash Gordon”, “The Phantom”, and “Jungle Jim” are well into their mini-runs, Mandrake is just now following up his surprisingly good April debut. When thieves invade his home, the magician and his companion Karma are sucked into a plot (literally) to stop Mandrake’s ex-wife from hoarding all the world’s magical artifacts. It sounds like fun but this adventure is bogged down by overly inflated word balloons. Issue #1 knew how to shut up and have a good time. The art is still lively, but not as wild and unpredictable as before. Let’s hope Mandrake has some more tricks up his sleeve next time. 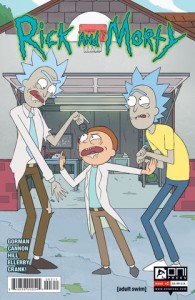 Adaptations are a tricky business, but this issue nails the look and feel of the zany sci-fi comedy. They even manage to work Rick’s alcohol-induced burps into his speech patterns. Unfortunately, as part of an ongoing storyline, this issue felt like a small segment in a regular “Rick and Morty” episode. Between the awesome action panels and the (darkly funny) bonus feature in the back, there wasn’t much space here for the main story. Not a bad issue narrative-wise – it just left me wanting so, so much more. Dammit, Morty! 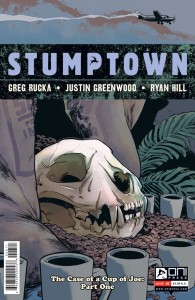 With Volume 3’s release in late April, you would think Portland’s toughest P.I. had earned herself a longer vacation. But Dex just can’t stay away from a good case, especially one as weird, lucrative, and potentially dangerous as this one. When Dex is hired to protect a shipment of ultra-rare coffee, she finds herself targeted by characters who will kill for a cup of joe. Combined with her estranged sister coming for an impromptu (and extended visit), Dex is going to have her hands full. The dark hues capture the gloomy PNW but with clumsy goons on her tail I wonder if this storyline will be a farce.. or get unexpectedly serious next issue. This is one slow burn (slow roast?) to follow. 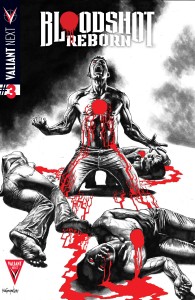 Having put down his murderous doppelganger last issue, Bloodshot learns he’s far from finished when another chalk-white madman opens fire on innocent mall-goers. Wanting anything but to return to his killing ways, the former super-soldier is compelled to action to halt any further bloodshed.

Talk about a topical storyline. No doubt influenced by the Aurora shootings, it’s jarringly prescient that the third issue of this opening arc is released in the aftermath of an all-too-common tragedy here in America. I’ll admit I was wondering where Lemire was going with his take on the violent hero – now I am all ears. “Bloodshot Reborn” is evolving into the meditation on violence it was promised to be in early interviews. This was a heavy entry, with Suayan and Baron’s painfully realistic inks and colors lending weight to every death. This ain’t carefree summer reading but it’s a unique reflection on violence from a reformed killer.