Howdy, readers! We’ve got quite the spread for you this week. 7 books, 3 publishers, 2 girls, and 1 cu… oops. Anyway, enjoy this grab bag of books off the beaten path. It’s Dan’s Review Free-For-All (the name is a work in progress):

The Damnation of Charlie Wormwood #4 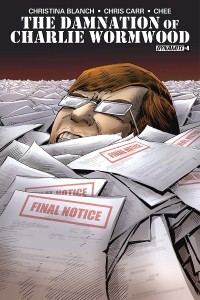 Considering last issue ended with an erupting prison riot, I was expecting some crazy action this time around. That unfortunately was not the case. Our leads are quickly whisked away and the riot mostly takes place off panel. I even found some of the dialogue bland which was disappointing since #3 was so lively. However, the stark art still stands out, making this desperate “Breaking Bad”-ish tale of a penitentiary teacher willing to do anything to save his son so, so dark. I hope the next issue (apparently the last in this arc) will tie things up well. 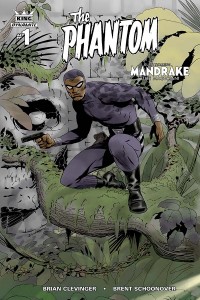 Celebrating the centennial of Kings Features Syndicate, Dynamite is launching a number of limited series with some old school Kings favorites. That said, while the detailed recap gets us up to speed I felt there was way too much going on in this intro issue. We have a new Phantom, snooping reporters, and mercenaries all in a post-invasion Earth. I’ll be back for the next issue but I felt this one was much too cluttered. 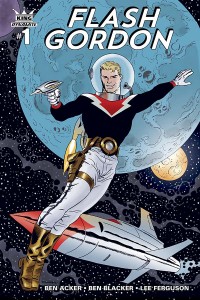 This King outing eschews the exposition for star-faring fun. Not super familiar with Flash, I can definitely see his role as forefather to the intergalactic bad asses who would follow in his foot steps. Fun and funny, this issue even manages to pack in some sexy space-time shenanigans. The point you should get is I read this entire issue with a smile on my face. Furthermore, the art is clean and even goes for a pulp aesthetic which I really liked. Ming beware – Flash Gordon is back! *cue Queen theme song* 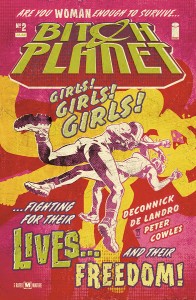 After the explosive inaugural issue, numero dos does some world building, revealing more about life on Earth and the Auxiliary Compliance Outpost (aka “Bitch Planet”). Apparently the powers that be are looking to recruit former athlete Kamou Kogo (who will hopefully be around longer than our last lead) for some futuristic sports competition. “Caged Heat” + “Roller Ball” + space? I’m down. This book was a bit slower paced but the prison riot was the funniest background gag I’ve seen so far this year. All that, a feminist essay, and ads for merch crammed in to give you more bang for your buck. 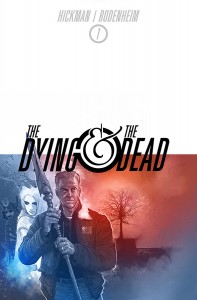 My god, this book was pretty to look at. However, beyond the straight forward wedding massacre that opens the book, I have to confess I have no idea what’s going on. 60 odd pages is a long time to be lost so hopefully all the ominous warnings and cryptic messages in this book lead somewhere. Period-piece, geriatric adventure story? You have my attention for now. 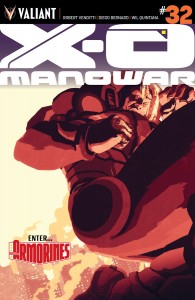 After last issue’s set up I was hoping for some pay-off and boy was it delivered. #32 is a full on rumble and where we learn setting off an explosive inside Aric’s ear canal really pisses him off (who knew?). There’s some energetic panels and also some creative caveman/barbarian insults. Really – who knew Zahn could keep coming up with new ways to make fun of our hero? I was actually impressed. There’s even a full-on turn-the-book-side-ways-so-you-can-see-how-bad-ass-this-is moment. All this and some set up for the next chapter. As someone brand new to the book I was glad to see some fireworks. 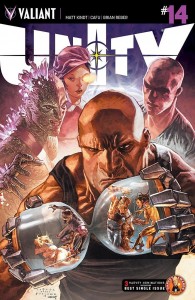 Much like X-O Manowar, this entry is also a full issue battle. However, it has the added feature of a news interview playing underneath the action for the duration of the fight. Yep – talking heads debate the ethics of the actions currently playing out, sharing page space with a super-powered dust-up. Knowing Matt Kindt from what little I could read of “MIND MGMT” before my head exploded, I should’ve known better than to expect a run-of-the-mill throw-down. An inventive spin with some major consequences for the team – fans won’t want to miss this one.