DID YOU SAY STEAM BOX? 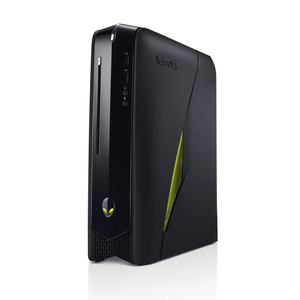 This weekend a particularly bizarre rumor broke out over the interwebz. Tech outlet The Verge broke the story that esteemed game developer and digital distribution prognosticator Valve is purportedly working on a “Steam Box” and is preparing an official announcement sometime between next week’s Game Developers Conference and June’s E3 summit. The link has all the juicy details in full, but here’s the jist: the supposed console would not actually even be a console per se, but a standardized set of hardware specs in a device manufactured by a variety of partners. Early spec estimates peg the minimum hardware as having an Intel Core i7, 8GB of RAM, and an Nvidia GPU, with the idea being that a clear spec cycle is created for PC games that can be updated every three or four years. For an idea of what this might look like, look no further than the already-available and console-sizedÂ Alienware X51Â (pictured), which is said to be based on an early spec sheet and should be “retroactively upgradeable” to the new software. The Steam Box is said to be capable of running any standard PC game and will be capable of directly running Steam as well as potentially other services like EA’s Origin. The rumored console-PC hybrid is said to also ship with a controller, possibly one that’s modular and/or capable of biometric feedback (think Wii’s never-released Vitality Sensor). Finally, the device is said to support a wide range of USB peripherals and will be positioned to take on the heavily-rumored iOS-equipped Apple TV in addition to standard consoles and services like OnLive.

While the merits and issues of a potential Steam Box standard present many questions, let’s first look at history for hints about how we got here and what it means. Valve, of course, has already made the jump from “simple” game developer to a that company administrates an entire digital sales platform–the PC’s most popular, in fact. Â This context makes the jump to creating a console less out of left field. Steam has proven to be a remarkably successful digital distribution platform, and leveraging this to create a digital service for the living room would be taking a bold step with technology–one that the market has proved it is ready for, not just through Steam but also through Apple’s App Store, among many other thriving digital storefronts out there. Part of the reason for this push on PCs has been due to the problem of rampant piracy, something an all-digital service largely mitigates. PC gaming in the living room already exists in a slightly different flavor in OnLive, and while the market has hardly taken off, it has apparently proven lively enough to support growth for the ambitious company. This bodes well for Steam Box, which has much stronger brand recognition as well as the bonus of an already-thriving online ecosystem. 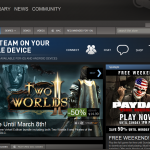 The multi-platform nature of modern games has already ensured that most PC games come with controller-tuned options anyway, which also plays in this system’s flavor. Finally, the idea of creating a console “standard”–a platform–rather than a single consumer electronic device is an idea that has been begging to happen in the video game space. Windows became such a successful operating system on PC largely because Microsoft allowed several other companies to manufacture the hardware that matched the specs necessary for their software OS. Their Windows Phone OS–and to a different degree Google’s Android OS as well–have also embraced this idea of a standard platform existing on a variety of devices. 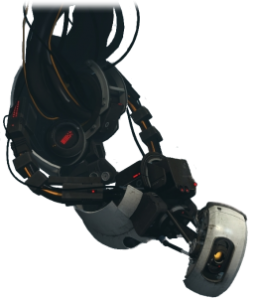 "Have some Steam on your TV...with cake."

…AND WHAT THEY COULD MEAN FOR A “STEAM BOX”

Obviously, there are tons of questions presented by the Steam Box and the platform isn’t even a real thing yet. That doesn’t stop us from breaking it down, though! The obvious, yet not-so-obvious aspect of all this that jumps out first is that the Steam Box would essentially be a specially-branded PC designed specifically for the living room. This might even play well to Microsoft’s Windows 8 UI overhaul, who knows? But that’s the other part of it–to be able to run all standard PC games (i.e. the games available on Steam), it still has to actually be a PC, which means it still has to run Windows underneath. This could present problems in terms of hardware, price, and even differentiation in the market–consumers might not be sure where it fits in their electronic lineup if it sits between a console and a PC. If any company can pull this off, it’s definitely Valve–they already have the store to at least make sure the device is stocked with compatible content. Some have even suggested Valve games becoming exclusive to the Steam service, with Half-Life 3 being a potential launch title.Â Unlike a “normal” new console, having the games won’t be the issue. What might be, though, is if it plays the same games as your PC, and also plays mostly the same games as Â the console already in your living room, is there still a reason to get it? In other words, is having Steam on your TV really worth another expensive device?

While those questions give me pause, the business model undeniably excites me. Between OnLive, consoles, and an existing venue on PCs, the Steam Box would have it’s work cut out to be a true success, but if it is, this may be the future of both consoles and gaming over all. There has long been talk about a potential “one-console” future, and IF it indeed happens it will likely be in the lieu of something like Steam Box: a standard platform and spec set that many manufacturers are allowed to build. This allows the actual hardware manufacturers to start playing around with things like price for a wide range of devices tailored to the niches in the market. For example, a premium version could come stocked with a Blu-ray player while a cheaper model has no disc drive at all. If nothing else, Steam Box will be the first true test of how this much-practiced business strategy from other tech spaces will work in the world of gaming.