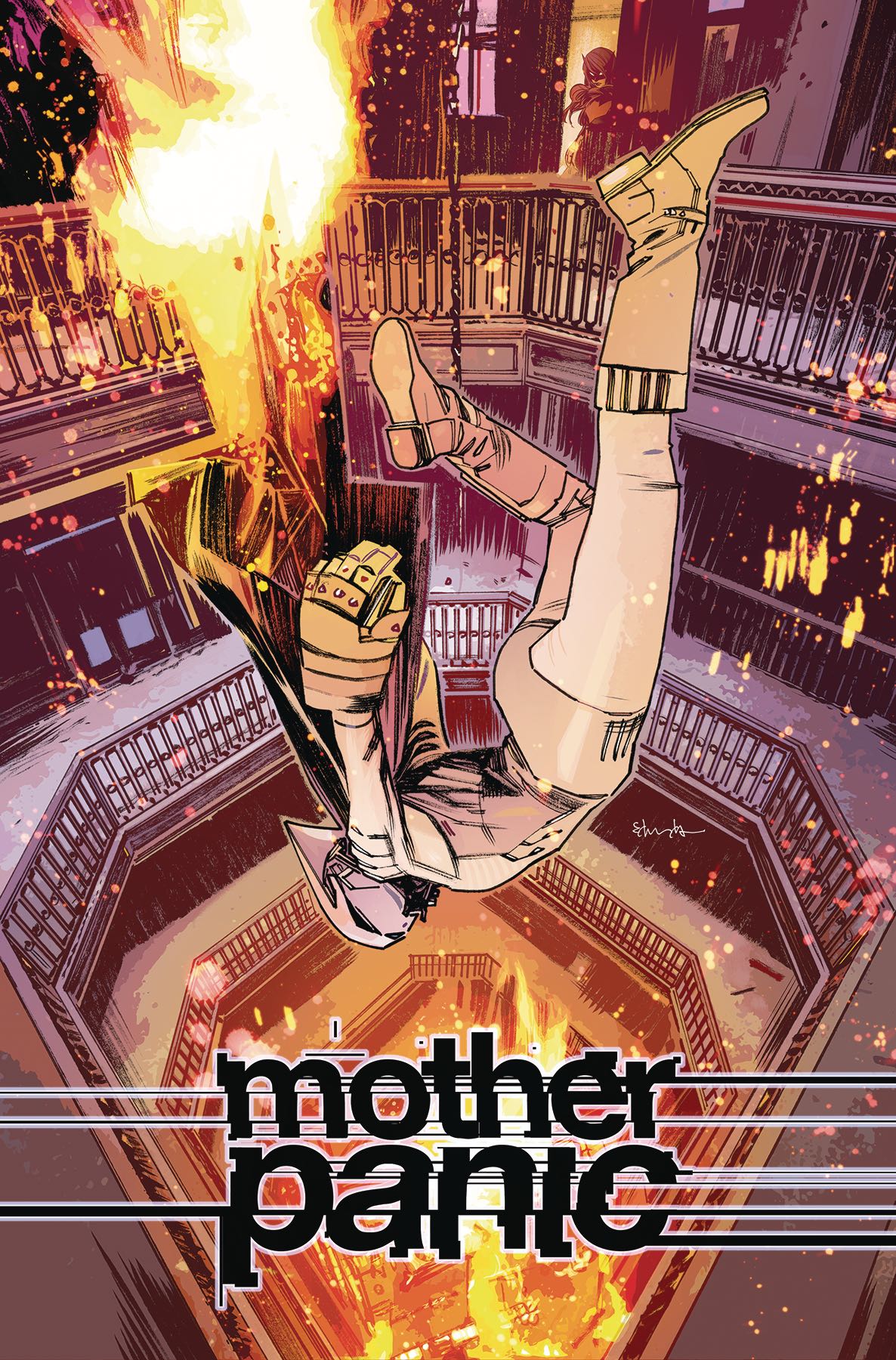 Gotham’s newest, baddest vigilante Violet Paige aka Mother Panic comes into conflict with Batwoman and even flirts with her just the slightest in Mother Panic #3 as her crusade against the men, who were involved with her father trying to sell her as a sex slave, continues. Writer Jody Houser adds just enough flashbacks to her psychological thriller/vigilante plot as it’s revealed that Violet’s brother hates her too and was also her defense lawyer after she killed her dad as a kid. Perhaps a confrontation is in her future, but for now, Mother Panic stalks and punches her way through Gotham City’s mansions and continues to roll with whatever punches Houser and , whose style is like if David Fincher was dropping acid while making some kind of Seven/Girl with the Dragon Tattoo/Batman ’89 hybrid.

Beautiful architecture and paintings and religion themed depravity are always a thrilling combo, and Houser and Edwards combine them disgustingly in the climax of Mother Panic #3. They build suspense by having a few pages of Mother Panic maneuvering around Hemsley’s spacious mansion with the bars of a hymn by Charles Wesley building until our anti-heroine is greeted by the sight of a singing woman and children chained to some metal contraption. Houser keeps the identity of the woman pretty mysterious, and Edwards soaks the scene in red, yellow, and orange using rich detail on the fire to make it look photorealistic. This moment makes Mother Panic’s motivation crystal clear. She doesn’t want children to be exploited by rich men for frivolous reasons, like performance art, in this case. 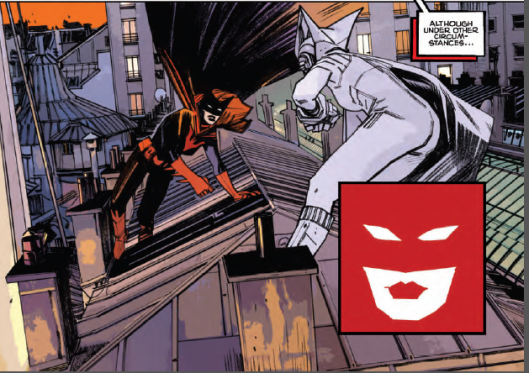 Unlike the complex mission of Batwoman, which is spread out to both the Detective Comics title and her own solo book, Mother Panic is a quest of plain vengeance using her connections to Gotham’s wealthiest to knock them out in a painful way with the help of her mother, who has mental health issues and talks an acts like a character in a more violent version of a Lewis Carroll book. This singular goal extends to her fighting style. Because of her military background, Batwoman’s fighting style is more straightforward than, say, the jazz-like improvisation and escrima sticks of Dick Grayson. However, Mother just bludgeons her and responds to her in one word responses when they first fight that turns into a rant about how the Bat-family is too busy chasing costumed villains to help kids in need. It’s some well-warranted criticism and a nice coda to a fight sequence that ends with Batwoman falling off a fire escape because she underestimated the power of Mother Panic’s suit.

There are legions of comic books about superheroes who work or previously have worked in Gotham City, but this book sets itself apart from them because Jody Houser and Tommy Lee Edwards flat out gaze into an abyss of violence, trauma, just a dash of attitude, and out comes Mother Panic #3. The cynical view of the Bat-family continues in Jim Krueger and Phil Hester’s entertaining backup story featuring a Batman hating podcaster-turned-late night radio host, who looks like a Tea Party militia version of David Foster Wallace. (It’s the red, white, and blue bandanna.)