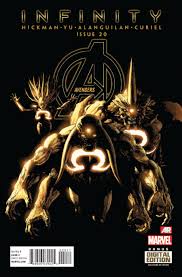 To start, this is about the cleanest Yu’s art has been in my recent memory. And I enjoyed that this issue shows the rescue of the captured Avengers, as well as the drama of the Galactic Council. Which brings me to my pet peeve – I hate it when a writer introduces a Â new character or characters that during their story, turns out to be the hero needed to save the day or the secret villain. It’s a reason why I hate Hush so much – never heard of before childhood friend of Bruce turns out to be the villain. And in this issue, I feel that Hickman seems to be laying the path for the same with the Ex Nihili and Abyss. My hope is that the story line does not turn that way, but I am very wary. Overall, a good issue, with a very dramatic ending. 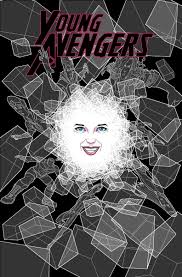 This book has been fantastic since it’s first issue. It’s picked up flawlessly from the first two volumes of Young Avengers but taken it in a completely different way. Here we get a break from the team, to focus on Hulkling who recently left due to concerns that his reality warping boyfriend is, well, warping reality and making Hulkling love Wiccan. But through Hulking’s eyes, we get a window into our villains – reality parasite Mother, Kid Loki whose soul has been replaced with his older, evil adult self’s soul, our mysterious creepy Patriot, and a grown up Leah and her support group of super-stalkers. The creative team is setting up what seems to be the final arc of this volume and I could not be more excited. We get the motivations and machinations of some of our characters while other remain mysterious, and Hulking gets himself in a bit of bind at the end there. 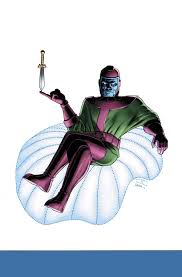 I really enjoy this book and the overall direction, to me, reminds me of Remender’s work on Uncanny Avengers. I also really like the characters on the roster and enjoy the villains as well. I do feel that the changes in art, overall, have been a bit jarring. Going from Acuna to Larocca is very jarring, just based on their different styles. And while I like both, I had gotten used to Acuna’s very colorful and unique art for this book, and moving to a more ‘realistic’ style is…unsettling. I will see that I enjoyed this issue, and the implications for Marvel Universe that I hope will be felt post-Infinity.