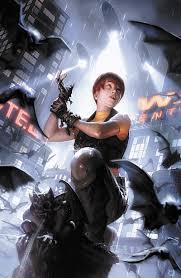 If Gail Simone ever decides to leave Batgirl, I know who should be the next writer. Bennett provides a fantastic issue that portrays a fantastic look at the pre-Batgirl teenage Barbra Gordon. Smart and capable, caring and loving, quick tempered and impulsive – with the New 52 history it allows Bennett to craft a teenager who will easily grow up to be a hero, but makes mistakes like any teenager. And the blackout and super-storm of Zero Year are unfortunately too real, and Babs, James Jr and company’s journey is all too real. 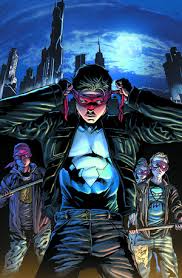 Another solid issue by Higgins. Again, Nightwing fans are waiting for the fallout of Forever Evil in his solo title, but it was nice to see a pre-Robin Dick Grayson, in Gotham during one of its worst hours. We get a arrogant Dick Grayson, a realistic John and Mary Grayson, two characters who we know will become villains but are portrayed well as regular teenagers and a nice surprise to see a connection between Grayson and the Maronis – who would seem to have a different history in the New 52 than before and will be interesting to see in the book going future.