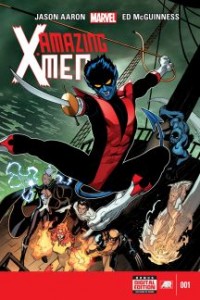 Great first issue. I liked the idea of Firestar being one of our point of view characters and Aaron really nails Nightcrlawer and sets up the Azael character as the natural enemy since Kurt’s in Heaven. The art is great, though we all know it’ll probably only be for an arc. I am also happy to see Northstar, since I hope that after the 1st arc, we get Nightcrawler led super-hero team with Firestar and Northstar as the main body of the team. I do hope Aaron branches out and gives a roster that isn’t being seen in other X-Men books. 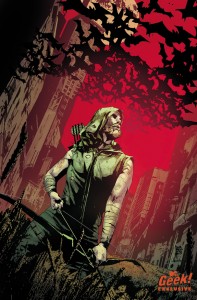 Another solid issue by this team. While it certainly was a little stretched to fit in with Zero Year, I’m glad that Lemire was able to tie it in a way that makes sense. It also makes sense to bring in Moira and Dig from Arrow and it seems that Lemire has a definite plan (especially as seen in the back-ups). It was also nice to show that Oliver has his own secrets about the island, not just what has been ‘revealed’ that dealt with his father. I also like Lemire’s take on Killer Moth and enjoy seeing a more ‘classic’ version of Ollie in this issue. 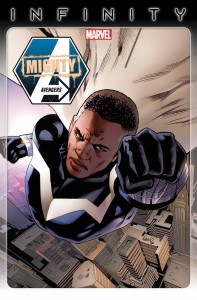 A good end to the first arc, and really, a reason for most of the members of the cast. Here, Blue Marvel, White Tiger, Power Man and Spider-Hero/Ronin/Blade all prove their worth and value. Land’s art is ok and I do like the idea of a Spectrum & cage run Avengers teams. However, I’m not sure if it is quite the team dynamic that I would want to fully commit to the book.