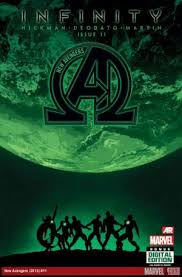 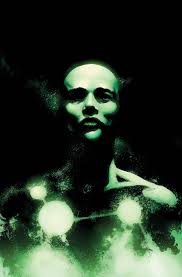 Both of these are solid, good issues that are part of the larger Infinity tapestry that Hickman has weaved. In fact, I would say that the majority of Avengers issues have been measurably better than his pre-Infinity Avengers issues. And while Marvel has acknowledged that Avengers & New Avengers are more than just tie-ins, I have major issues with these two books. Major things happen in each of these issues, that, in my opinion, should have been held to the main mini-series. In New Avengers, the Illuminati find our the Builders larger motives via an alternate universe Builders. While in Avengers, we have an awoken Captain Universe, the Builder’s motivation also revealed there, and we get the Builders final solution. All of this is well written and well drawn, but again, I feel that Hickman’s pacing was off and that mini-series will hurt because of that. 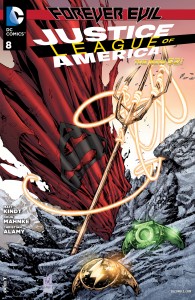 For a fill in issue during an event, this was a stellar one. Kindt reveals that our heroes weren’t dead (no one believed it anyways) but are trapped in a horrific but fascinating prison. The only characters who seem to be free are a haggard & secretive Jason Rusch, a mystery character, Martian Manhunter and Stargirl. While Manhunter seems to check in on the roster of the post-Forever Evil Justice League, Stargirl is able to ‘seemingly’ find a way to escape the prison. Jason disappears while Manhunter discovers are in prisons of the Leaguers worst nightmares. Unlike the Marvel tie-in issues, Kindt seems to be setting up an added bonus for readers – some information about the League but what seems to a story focusing on Manunter and Stargirl who are sorely underdeveloped in the New 52. Mahnke, as always, does a great job on art, especially showing our heroes worst nightmares prisons.