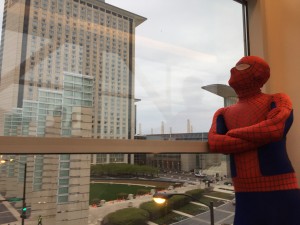 This weekend, the McCormick Center in Chicago is packed with fans celebrating the Chicago Comic and Entertainment Expo. I have been attending conventions for over 10 years now and this was my second time attending C2E2. What I love about this convention is that it is big, but organized. Things could easily become chaotic with the numbers that this convention is drawing in, but it doesn’t because it is a well oiled machine. It is a very large venue and it is easy to navigate and the staff is extremely friendly. If you live in the surrounding area and have not been, I would highly recommend it. 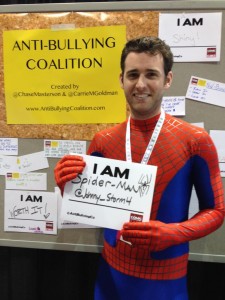 I decided to go as your friendly neighborhood Spider-Man. This was my first time cosplaying. I’ll admit I was nervous, but once I got inside and a kid (no older than 5) looked at me, pointed, and said: “look mommy, it’s Spider-Man!” I knew it was going to be an amazing experience. Throughout the day I had a good amount of people ask for photos with me which I half expected. I definitely got more requests once I put the mask on.
Even though when I took off the mask, one man exclaimed “Holy crap, you look just like Peter Parker.” That along with the way the kids looked at me like I was actually Spider-Man made every minute of wearing nothing but spandex worth it. It was interesting being on the other end, being the one being asked for photos. Because I know sometimes it’s intimidating to ask a stranger for a photo with them. There was a man towards the end of the day who I could see pacing nervously around me, and when he finally mustered up the nerve to ask me for a photo, he had an odd request: he wanted me to hold a message wishing someone a Happy Birthday. It really felt good to make  the convention going experience even better for some people. Cosplaying is a whole new way to experience a convention and I’ll be honest, is was so much more fun. 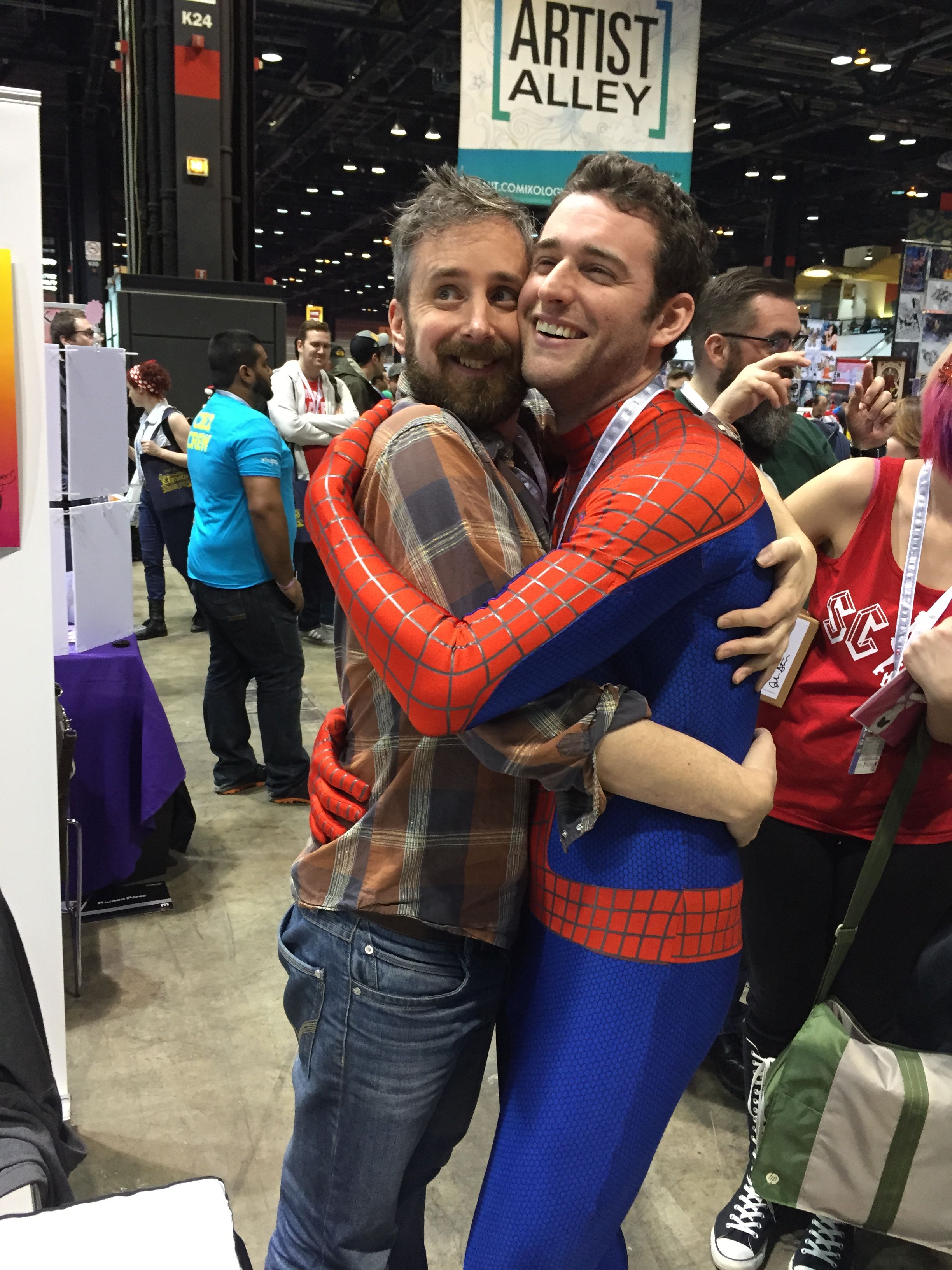 I did not attend any panels today, but I will tomorrow. Today, the group I went with spent a lot of our time in Artist Alley. We met so many great artists and had some awesome conversations. Some of the more high profile highlights of today were Chip Zdarsky, Ramon Perez, Jason Latour, Mike McKone, Humberto Ramos, and Jenny Frison. I got some stuff autographed, a personal inscription in the front cover of my Just the Tips, as well as a sketch of Howard the Duck as Spider-Man by Chip Zdarsky. There were a lot of other great artists throughout the alley and I’m sure we will stroll through again tomorrow as well. Artist Alley has become my favorite part of conventions, I could easily spend all day there and all my money there. Every year I am more and more impressed with what some of these artists are capable of and each year I find myself buying more original art from talented people that I nev 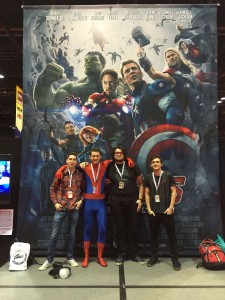 er would’ve found had I not went through every aisle and looked at every table.

There are some really great exclusives at the convention. From retailer exclusives like the Jenny Frison Spider-Gwen #1 variant and the Alex Maleev Boba Fett Star Wars #1 variant to the exclusive convention shirts, comics (Star Wars: Princess Leia #1 by Adi Granov and Avengers: Operation Hydra #1 variant by Ryan Stegman, as well as stickers and pint glasses. Which are all brought to you by ReedPOP Supply Co. I’m sure there were many more that I missed but those were what I thought were the coolest. 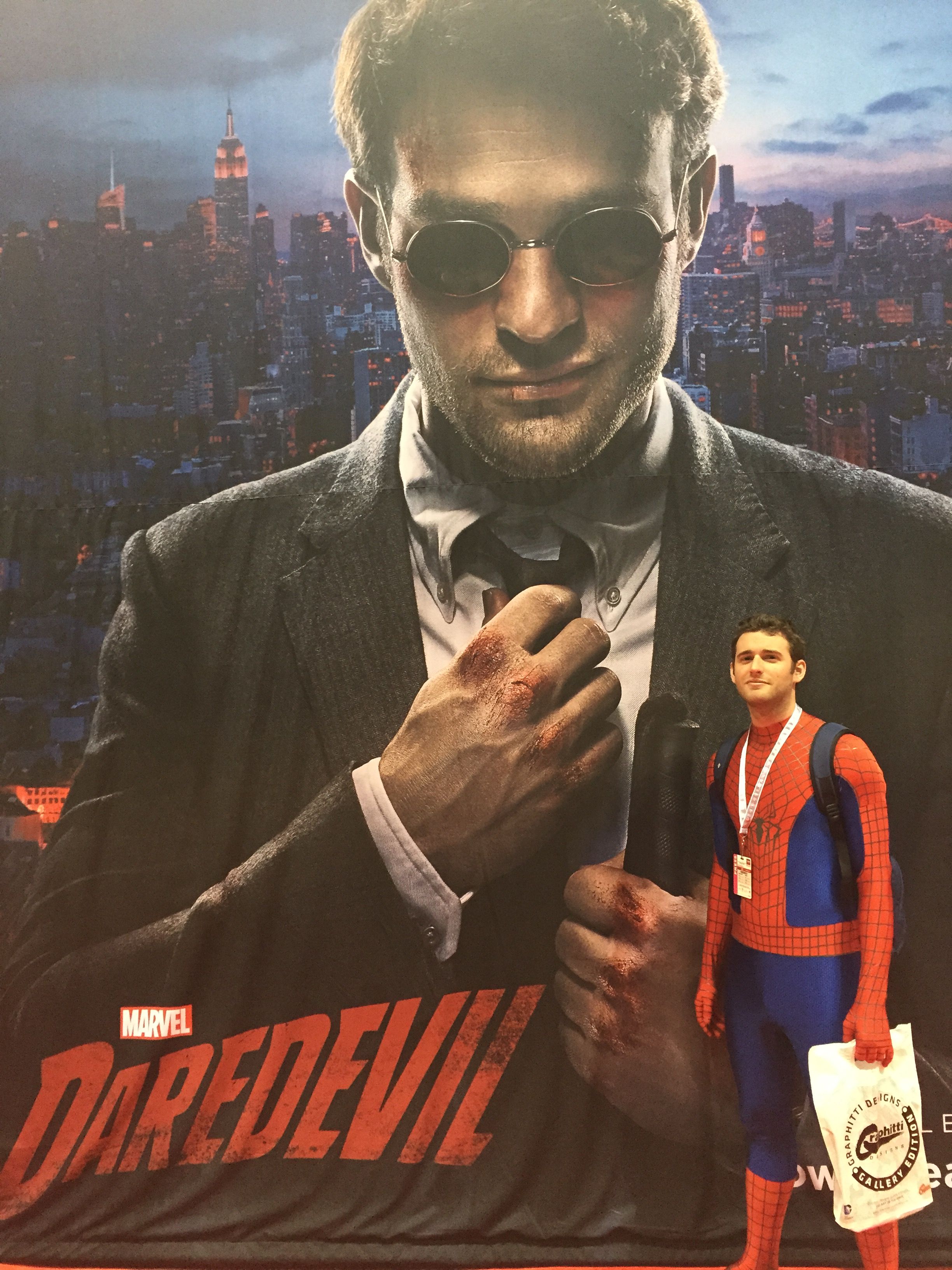 The day ended with the Marvel giveaway. Which we stumbled upon last year and absolutely had to go back for this year. Free stuff is great, right? It gets very crowded and very loud at the Marvel booth for the last hour of the convention. This time around I got a free variant cover for Amazing Spider-Man Special #1 by Adam Kubert (since I was wearing my Spider-Man costume). They had some really great toys, posters (a few were even signed by Stan Lee!), signed comics, variant comics, and even hats. I also ran into Agent M and he was a super cool dude! 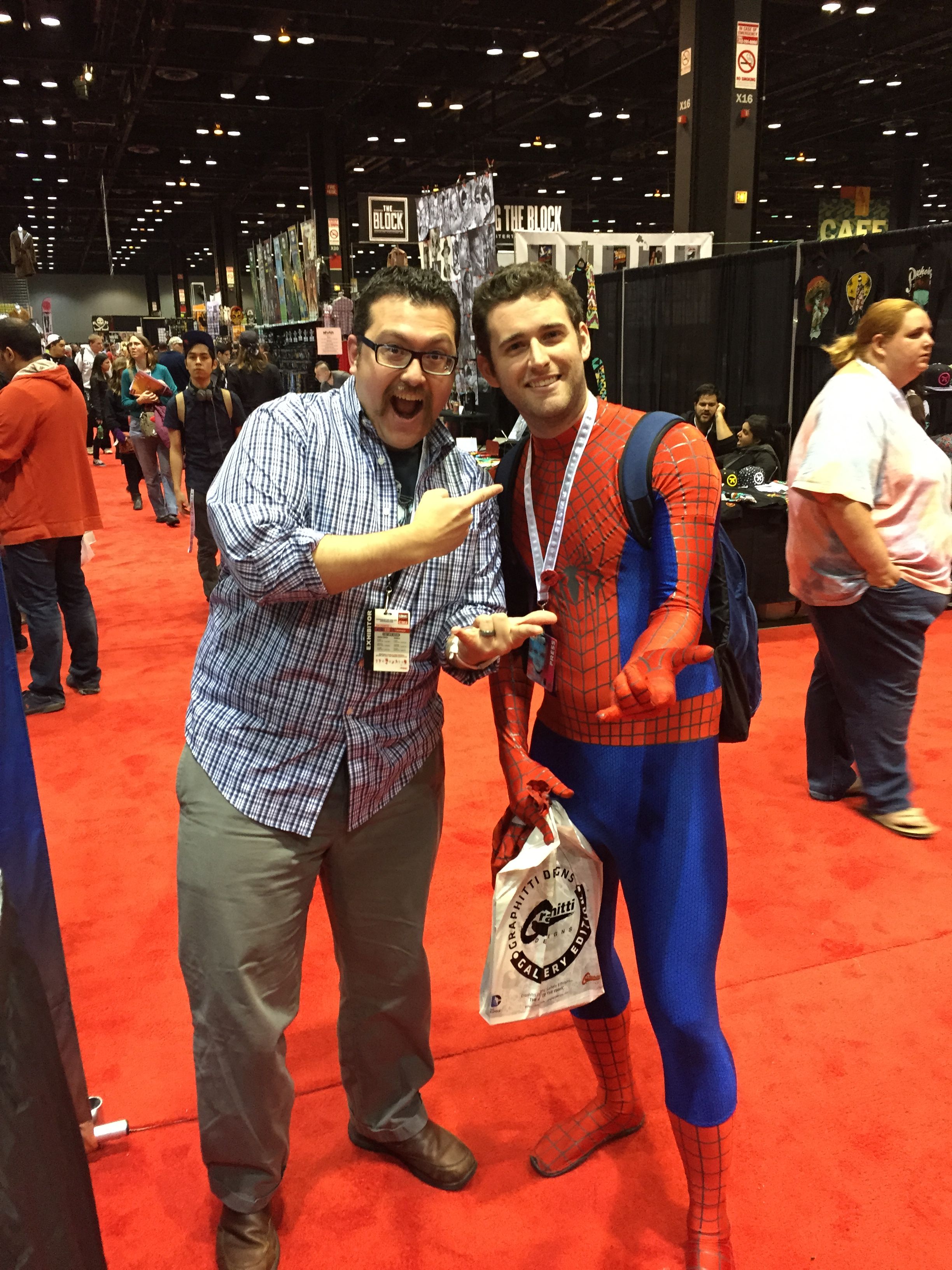 There was so much to take in and so many great costumes. I am really looking forward to what tomorrow brings. Since today was Friday, the attendance was no where near what it will be tomorrow. I’m expecting it to be pretty crazy, in a good way. This convention has a great atmosphere, everyone is super friendly and the overall experience is extremely satisfying.