In the wake of the Oscars this past weekend, Marvel fans have woken up to the realization that it is possible for movies to be made differently than how Marvel Studios does and succeed. This has sent some fans into a dangerous tailspin, while others have taken to social media to lash out. 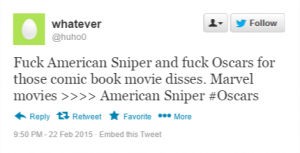 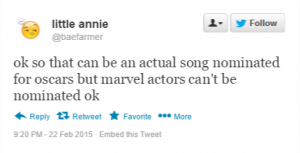 These are just some of the reactions from fans as Marvel was unable to take home anything at the Academy Awards (though fans can’t take solace in a victory for Big Hero 6). While Guardians of the Galaxy was up for two Oscars, it was  unable to walk out of the Dolby Theater with any accolades. Ruffling some feathers of the most adamant Marvel fans. 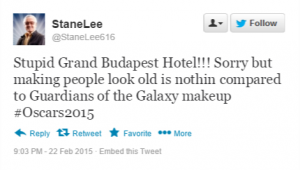 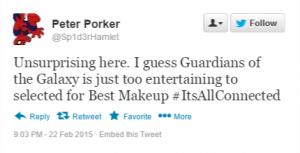 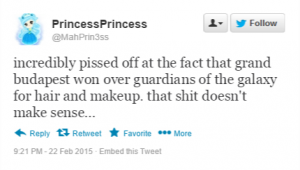 That proved to only be the beginning though. As fans were less than thrilled when 3 Marvel films were nominated for Visual Effects and ended up losing to Interstellar. 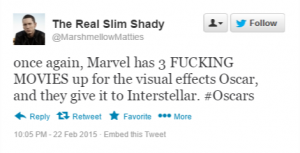 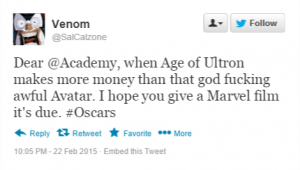 However most surprising of all was their reactions to films being able to succeed on such a level without applying the trademark Marvel formula. 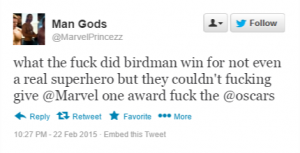 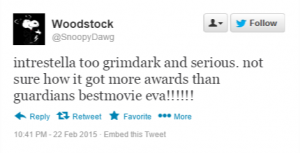 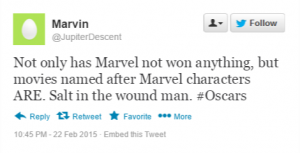 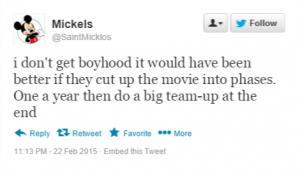 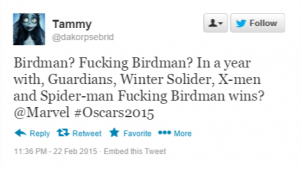 It is fascinating to see the hold that Marvel has clearly created around their fans. It is a fandom waiting to explode, and curious to see what happens when the company finally wins an award.