With Deadpool breaking all sorts of box-office records and clearly on its way to becoming the highest-grossing film of all-time, Hollywood is looking at itself and asking what’s next? What is the future of the film industry?

While Hollywood ponders these questions, we have gotten some insight from director James Gunn, our own sources at Warner Bros and some others. 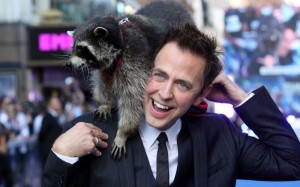 Let’s talk Guardians for a moment, a movie that survives from moment to moment building itself up and cutting itself down – God knows I’m biased about that one.

Some strong and fascinating words from Mr. Gunn, you can find more of his thoughts on his FaceBook page!

Over on the Warner Bros side, we have seen that Warner is “worried” about Batman V Superman: Dawn of Justice to the point of where executives are looking to shitcan the entire DCEU and commit seppuku if the film grosses less than 3 billion dollars. We also heard that they aren’t “worried” as much as they are “nervous” that the average movie-goer doesn’t have the mental capacity to piece together sentence with more than 5 words. 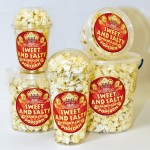 But we’re here to dispel all of these false rumors, we spoke with someone deep, deep, deep in the Warner Bros HQ and word on the street is that executives are “tormented” by the prospect of this film. Not due to its box-office potential nor its quality, but due to the reactions over the past 2 1/2 years. They fill like the theater will be filled with so much salt that no one will be able to eat their popcorn. And they are being kept up late at night with fears of all the “hangry” rumors that will come out on opening weekend!

This news came as an utter shock to us! But it makes a ton of sense!

We didn’t stop digging there though, we have heard from folks at Warner, Marvel, Disney, New Line, Fox, Universal, any and everyone with an inkling of a comic book property in their warchest that no less than 50 R-Rated comic book movies have been greenlit over the past weekend.

And we’re talking some major brands. We are hearing that Sony has acquired the rights to do an R-Rated Archie film, and you don’t wanna know what Betty and Veronica get up to in that one! 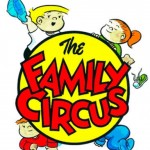 Lionsgate is gonna give us a modern twist on “Family Circus” in this R-rated vehicle which we hear was influenced by the original Saw film. Warner Bros is taking its recent niche hit, Prez, and turning it into a political thriller that we hear will make “House of Cards” seem like child’s play.

We can go on and on, but know that the next 5 years is going to be an interesting time for the comic book world!