2018 will mark 25 years since the first video game movie was released in theaters with 1993’s Super Mario Bros. In those 25 years, we have had close to 40 live-action and animated video game movies hit the big-screen and somehow have racked up an impressive ZERO films to crack 50% on Rotten Tomatoes. But that doesn’t mean that folks will stop trying, and today we look at the state of Video Game movies with what’s coming this year and down the pipe.

Tomb Raider (March 16th, 2018, Warner Bros) – Ms. Croft gets another chance to shine in her 3rd theatrical movie. However this one is unrelated to the first two starring Angeline Jolie, and also takes its influence from the reboot of the franchise in 2013. Taking Lara from tombs to an island as she searches for clues about her father’s death. The movie, starring Alicia Vikander, looks like it has potential be a winner.

Rampage (April 20th, Warner Bros) – These things are adaptions, always have been, but it’s odd to put the focus of the Rampage movie on a human instead of the monsters. Sure, they needed some human element to it, but watching the trailers, you leave with the impression that this is The Rock’s movie, and to be fair to Hollywood, betting on him makes a bit more sense. That said the movie doesn’t look like it has a ton going for it, but out in a relatively empty portion of April so it may surprise us all.

Dynasty Warriors (2018, HMV Digital China Group Ltd) – Hollywood has taken its shot at live-action video game movies for a quarter of a century, but now China is trying to get into the game with an adaption of Dynasty Warriors. The game seems like it’s ripe for a bit of a fun, over-the-top historical action movie. I’m intrigued to see how it all shakes out. 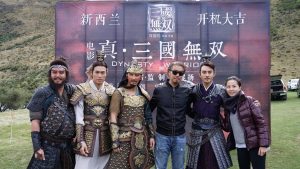 Detective Pikachu (May 10, 2019, Legendary Entertainment) – We’ve known about this movie for some time now, but still can’t wrap my head around it being an actual project. Not only that, but it is recruiting some top-tier talent with Ryan Reynolds providing his voice to the titular, Detective Pikachu, Ken Watanbe is in and we just heard that Rita Ora has a role in the movie. Cast aside, the movie just sounds so strange on paper, we can’t help but be curious on how it will turn out. 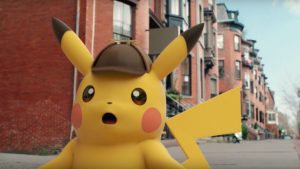 Minecraft (May 24, 2019, Warner Bros) – On one hand, The LEGO Movie surprised the world by just being a stellar film so you don’t wanna bet against the Minecraft film. On the other hand, you also realize that you can’t catch lightning in a bottle twice and the Minecraft brand while being hot doesn’t have an element that attaches itself to the masses the same way that the LEGO bricks do.