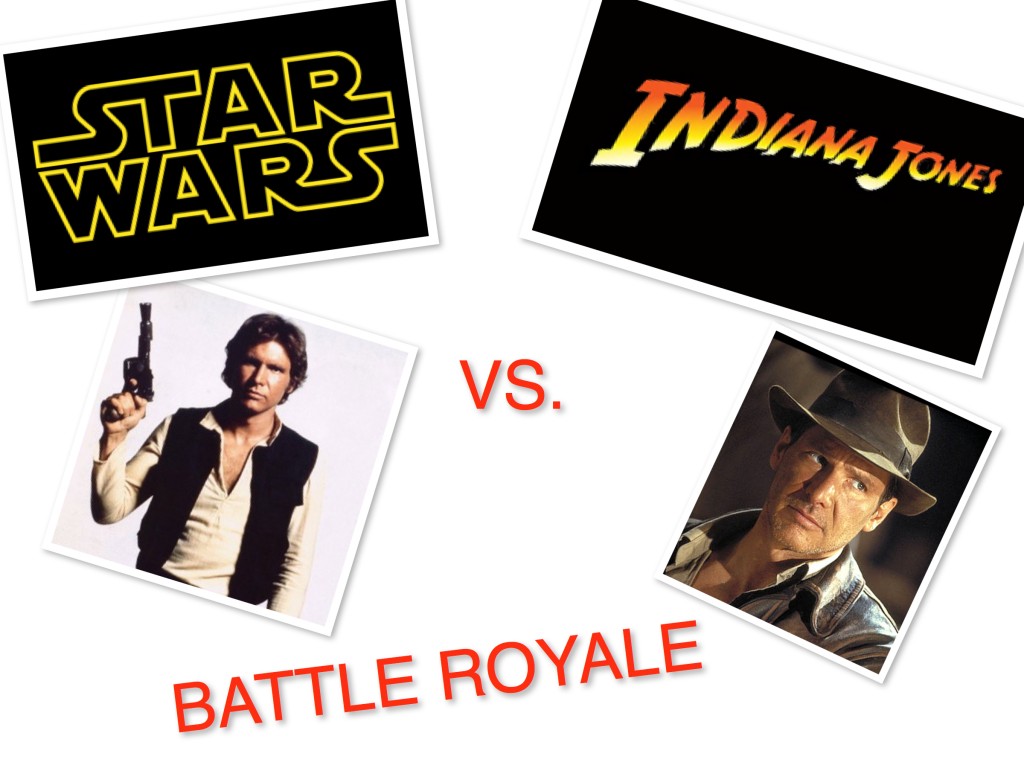 Week two features two well know songs that have shaped childhoods all over the world! Disney bought out Lucasarts so what better way then have two of the most well known theme songs! Yes Disney having the rights to Lucasarts means many things! One being, that we will have a Musical Battle Royale! This week features the Star Wars Theme Song vs. the Indiana Jones Theme Song!

Indiana Jones Theme Song
The adventure movie to end all adventure movies.. This theme song is one that many people can recognize, it makes any man want to try and uncover a mystery or run on top of a train or crack the whip and out run a massive bolder! It is a song that can turn a coward into a hero!

The Challenger Star Wars Theme Song!
Epic, Awesome, Powerful.. words that describe this song. This has shaped more nerds then any other song. A song that to this day still inflicts goosebumps when the movie starts. It will be great hearing it on the big screen again when Episode VII is released. Regardless if the movie is good or bad this song will still get any fan antsy in their theater seats!