With all the trouble Disney/Marvel seem to be having with trying to get someone to direct their Ant-Man film now that Edgar Wright is off the project, we thought it best if we threw out hat into contention for the project. But to really sell this film to Disney and an audience they all know too well, we’re pitching Ant-man not as a heist film, heck not even as a comic book film, instead we’re turning Ant-Man into the first theatrical Marvel musical! 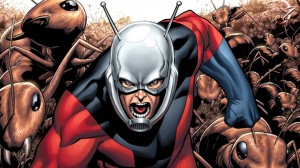 It will feature such great tracks as

What do you think? Do we have a hit on our hands or not!