The (Many) Worlds of DCEU 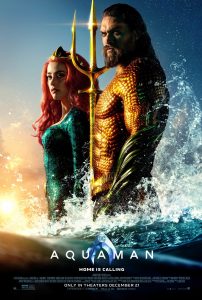 worldwide. With its success, the past year of DCEU narrative has been flipped on its head. I won’t sit here and re-examine those points and how much merit they did or did not have. Instead, I want to focus on what the other side looks like for WB and DC now. Because not only have they been able to launch successful films and potentially franchises, they are doing it while leaving their Big 2 behind and with a wealth of knowledge now.

Their biggest win is the fact that they have had 3 films that have exceeded even modest expectations, and each is different in its own way so they have many different templates to copy for future films, if they deem it so.

First to acknowledge that these films all do share similar DNA, comic books have kind of taken the best elements from each other over the decades. So while yes, Wonder Woman and Aquaman are similar movies in many ways, they are also different in some key ones as well.

Take Wonder Woman for example, it is a film that borrows from the school of Donner’s Superman, Raimi’s Spider-Man and even The CW’s The Flash. Comic book properties that takes their hero and their world in the most earnest of fashions. The hero always wears their heart on their sleeve, and the power of the story comes from the world around them and how it challenges their beliefs and even pushes their powers. It sometimes comes off as “cheesy” to some, but don’t mistake that for having your heroes being not only emotionally available, but vulnerable and developing real genuine emotions and relationships. I will also not lie and say I’m partial to this brand of heroism as it has produced some of my favorite works, but also acknowledge it wouldn’t work for everyone such as a Batman or Daredevil. 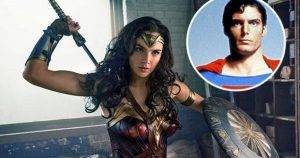 Aquaman on the other hand leans into the spectacle of comic books. The larger than life worlds and characters, the big flashy powers and duels and the fact that every other day could be a world ending event because that’s what we do. You look at something like Aquaman, Black Panther and even Thor Ragnarok where not only are the characters interesting to watch, but the world itself becomes like a character as we are introduced to new technology, locales and pretty colors. The spectacle style of superheroics does come with one major drawback in that bigger tends to be better, but you can go too build where it betrays the story or just becomes unwieldy in the wrong hands.

Finally, there is Suicide Squad. Most people would chalk the movie’s success up to its marketing, but it wouldn’t have the legs it did or resonate the way it has with people if it was purely marketing. But, if I can again be honest for a second, I still don’t necessarily understand why the movie resonates with people the way it has, but I can only guess. It’s a film that acknowledges its central characters are villains, they are screw-ups and no one really believes in them, but against all of that they are able to come together and find their self-worth as a team. And when laid out like that, it reminds me of my own love for another DC property, Legends of Tomorrow, which leans into the whole lovable losers trope. Which would mean this is a method most reliably for teams of lesser known characters who people can see themselves in.

Aside from a super brief cameo in Suicide Squad, these 3 films also lack the presence of Batman and Superman, which is more of a blessing than a curse for DC and WB. Since for the past 40 years, they have relied on those two properties to buoy their DC brand, but between the success of these films and their success on the small screen, they should hopefully finally begin to see that they have a host of popular characters sitting on their bench and start digging deep into the bag for their next major hit.