Since basically the year 2000, we’ve seen comic book stories and characters, from DC and Marvel alike, take over pop culture in a way that nobody could ever have predicted. Beginning with the return of the X-Men and Spider-Man franchises, and continuing until present day, superhero films adapted from popular comics have come to completely dominate Hollywood. But they’ve also made themselves seen in the world of console gaming.

As a tribute to these fantastic characters and the entertaining games their respective comics have hatched, here are our picks for the top-10 comic inspired games on modern consoles. 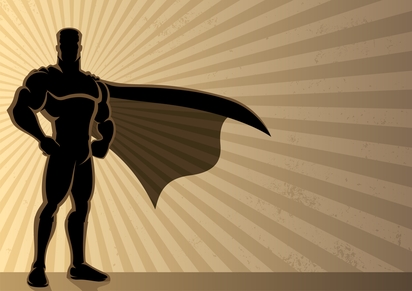 Iron Man that doesn’t tend to translate well to console gaming. Of course, he pops up elsewhere – in fact, at Betfair Arcade, an internet casino and arcade community, there are even gambling games with Marvel and Iron Man themes! But in this game, Iron Man and the crew are passable in RPG mode, playing through the “Marvel civil war” concept.

For those who haven’t tried them, these LEGO games are actually a blast. Sure, it’s a bit kiddy, and annoyingly cartoonish, but for pure gamely this is a fun way to enjoy the Avengers.

What’s more fun than battling Marvel heroes with classic Capcom fighters? Well, bigger and more complex games come in ahead, but if you’re into fighters, this is one worth purchasing.

Similar to #5 on our list, this is really a pick-your-poison selection. If you prefer DC or Mortal Kombat, this is an excellent arcade style fighter to satisfy your needs.

This 2009 game caused a sensation, bringing the Batman-Joker conflict to modern consoles in a vibrant and action-packed way that helped to launch an enduring, and wonderful franchise.

Okay, so the film was an absolute disaster – but the console game is virtually nothing like its cinema counterpart, and actually delivers an incredibly enjoyable action/adventure that oddly reminds many of the “God Of War” franchise.

2. Injustice: Gods Among Us

It’s a fighter game with all your favorite DC characters, but weaves in a narrative to traditional tournament style fighter play. It may not have the overall complexity of some other games on the list, but it’s an incredible modern fighter.

We couldn’t pick between two of the best games of the generation and with Arkham Origins on the way, a sure to be great finale to this mini-trilogy. Â We can hardly wait for “Arkham Origins” in late October!