7 Man of Steel 2/Superman vs Batman Rumors We’re Making Up!

We’re still a year and a half out from the release of Man of Steel 2/Superman vs Batman/Superman vs Batman vs Wonder Woman/Man of Steel 2: My Superfriends (whatever you want to call it!), and as with any movies not currently filming the Internet is ablaze with rumors and speculation and casting “info.” Some of it may turn out to be true, some of it may have been true at some time and some of it never really existed but sounded great as a headline.

To help out in this endeavor, we’re here to create our own totally fictional set of rumors. As what all rumors pulled out of one’s arse, take it with a pinch of salt! 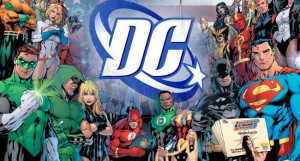 The Washington League – This is perhaps the hardest of our made-up rumors to believe, but Warner Bros is interested in replacing the entire Justice League with Denzel Washington. Think of it as a superhero Nutty Professor, where Washington would play Superman, Batman, Wonder Woman, Green Lantern, and even Aquaman. 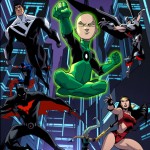 The Justice League Beyond – We don’t expect to see this false rumor come through with this film but perhaps with its sequel. It seems like some inside of DC Entertainment are batting around the idea of killing off the Justice League in the opening scene and jumping forward 20-30 years and doing a film focused on the Justice League Beyond. They want to go for a more youthful approach, and hear they are thinking of Justin Beiber as Terry McGuinness/Batman Beyond.

Return of Old Voices – This one has our nerd-sense tingling in our special place! Word is that Warner/DC wants to finally find a way to get Tim Daly and Kevin Conroy into a proper live-action DC film. Since they are best known for their voice work in the DC Animated Universe, they will be loaning their voice to a pair of popular characters. Word on the interwebs is that these characters are non-other than Bat-Mite and Mister Mxyzptlk. I know… we can hardly contain our excitement either!

The Destruction of Gotham – After the beating that Superman and Zod laid down to Metropolis in the original Man of Steel, we hear the property damage is expected to triple in the sequel. With battle raging not only in Metropolis but spreading to Gotham as well. We hear that the carnage is expected to be so terrible that Batman: No Man’s Land is planned as a possible sequel storyline. We shall see how this doesn’t roll out!

Connected Connected Universe – DC is looking to one up Marvel in a big way! By paying homage to their 30 + years of movies on the big screen. DC is looking to bring back Shaquille O’Neal as Steel, Halle Berry as Catwoman and even Jim Carrey as The Riddler. We aren’t clear on the details, but it seems they want everyone to know that every film they’ve released to date has been part of one long story! 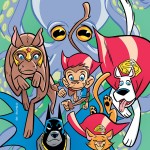 Super Animals – The movie takes place from the point of view of Ace the Bathound (Will Smith) as he investigates a newly crashed ship containing Krypto the superdog (Tom Hanks) and Streaky the super cat (Jennifer Lawrence). After an initial fight, the trio team up to beg for table scraps. Can their cuteness sway their masters into giving them that last tasty morsel of a soon to be finished chicken sandwich?

The Fast and the Superpowered – After the Batmobile is stolen, Clark Kent and Bruce Wayne (as Matches Malone) go undercover in the seedy word of street-racing to see if they can recover the car and break up this fast-moving criminal ring in the process. It’s a race against time (and an invisible jet) in this high-octane action/adventure film.