Best Of: 7 Entertainment Revivals of 2012

Originally this was going to be a Top 7 lists, but since it crosses genres and mediums, it would be extremely difficult and even foolish to try and compare them as better or worse.

Instead, what you will get is a list of 7 revivals that we felt were impactful in their special way. We have movies, TV shows, comics and even a special nod to sports. Let’s not talk about it, let’s get to it! 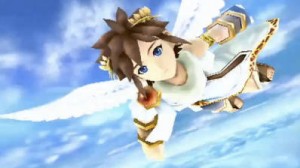 Kid Icarus: Uprising– Trust me, this isn’t the last you’ll hear about the game on this site. Not since Grand Theft Auto 3 has a game made the leap into 3D with such style and self-assuredness. It brings a world that has been dormant for nearly 20 years screaming and shouting into a new generation as if it has been part of it the entire time. It makes clever use of its history while also throwing the rule book out and doing whatever it wants. It sets an interesting benchmark for video game voice acting and story-telling. And the debates about its control scheme shall rage on for the ages. For your money, for my money, it was one of the finest games to make it to market this year. A great, if not the greatest, entry in the Kid Icarus franchise as well. 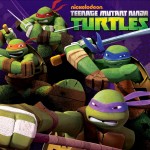 Nick’s Teenage Mutant Ninja Turtles– Very few franchises can say they’ve had one successful re-launch. Even fewer, can claim they’ve done it multiple times. The Ninja Turtles franchise saw a brief revival in the early part of the last decade, but after the lukewarm reception to the last movie and fears of the future movie, it seemed like the franchise was finally on its way out. Then the Nick cartoon premiered, and Turtles fever was sweeping the nation once again. Being the 3rd animated series (and 4th series based on the property), it has a lot to live up to, and it does it with ease. Not only that, but it pays homage to the stuff that came before it in the most clever of ways. T-U-R-T-L-E Power!

21 Jump Street- We have seen tons of movies based on old TV shows, some of them come out and do well, but more often than not they falter. “21 Jump Street” however not only brings a classic TV-series to the big screen, but does so with such heart, charm and fun that you forget how goofy the entire concept actually is. Tatum and Hill are stellar in their roles, and there’s even a great throwback to the original series on display here. While I wouldn’t want the formula to run its course, I’d love to see a sequel to this film. 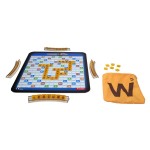 Dial H– Sometimes, the best revivals are the ones you never knew existed in the first place. Dial H is one of DC’s more obscure franchises, and honestly I’ve never read it. But during one of their new Wave, New 52 titles, I decided to check out the series, and it proved to be one of the most interesting and unique books that DC is currently offering. I’m not sure if going to run out and buy the old series, but I’ll be sticking with this one for as long as DC makes it (which probably won’t be that long).

Brooklyn Nets– This is more of a personal pick than anything else on this list, but not since the late 1950s has Brooklyn played home to a major sports team. But that period of darkness is over as the former New Jersey Nets made the move to Brooklyn, and while their season has kind of been rough to start, it is nice to have a team and arena again.. even if still a Knicks fan. 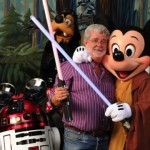 Disney/Star Wars– I remember when Angry Birds Star Wars was announced, I jokingly stated I didn’t know which franchise was getting the rub at that point. The Star Wars franchise has fallen into a bit of a rut over the past decade or so, but then something magical happened near the end of the year. It was announced that Disney was purchasing all rights to Star Wars (and LucasFilms as well I guess), and there it was a buzz and excitement about a Star Wars product that hadn’t existed in quite some time. While we know very little about the new movie trilogy, you can bet it has been on every nerd’s mind since the announcement.