For any child born in the 80s, it’s hard to imagine a life where you weren’t swept up in Turtle-Mania. First with the animated series in the late 80s, and then the trio of movies in the early 90s, the Ninja Turtles had taken over the world. Since the peak of their popularity, the Ninja Turtles have popped in and out of public consciousness.

More than 20 years later, we’re on another Ninja Turtles resurgence, and much like the first time, it starts with a highly acclaimed animated series and followed up with a live-action movie. Do the Ninja Turtles still possess that magic spark on the big-screen? 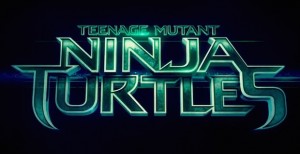 Review: 5 (out of 7) It’s difficult to separate my love of Ninja Turtles from any one entry. While it’s easy for me to note something like Next Mutation or TMNT III to be bad, it was also something I watched for quite some time. That said, after my first viewing of TMNT 2014 I came away rather impressed. And would recommend checking it out for a good time at the cinemas.