[7 & 7 Reviews take a look at 7 Core Aspects of any product in a neat review format.]
The Man of Steel has his unpredictable cousin, Supergirl, by his side. Superman learns about the ruthless force known as Brainiac, who has seized and miniaturized Krypton‘s capital city of Kandor. Superman must liberate the captured Metropolis and protect his home planet from Braniac’s increasing power. 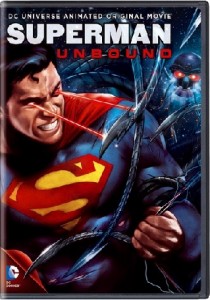 Score 3 (out of 7)– A well-casted film goes to waste on the back of a bland lead, lack of character progression and some really dull action set-pieces. For being titled Unbound, this is the most restrictive Superman we’ve seen in a home video yet.