7 & 7 Reviews are short-form reviews that focus on 7 core aspects of a product. 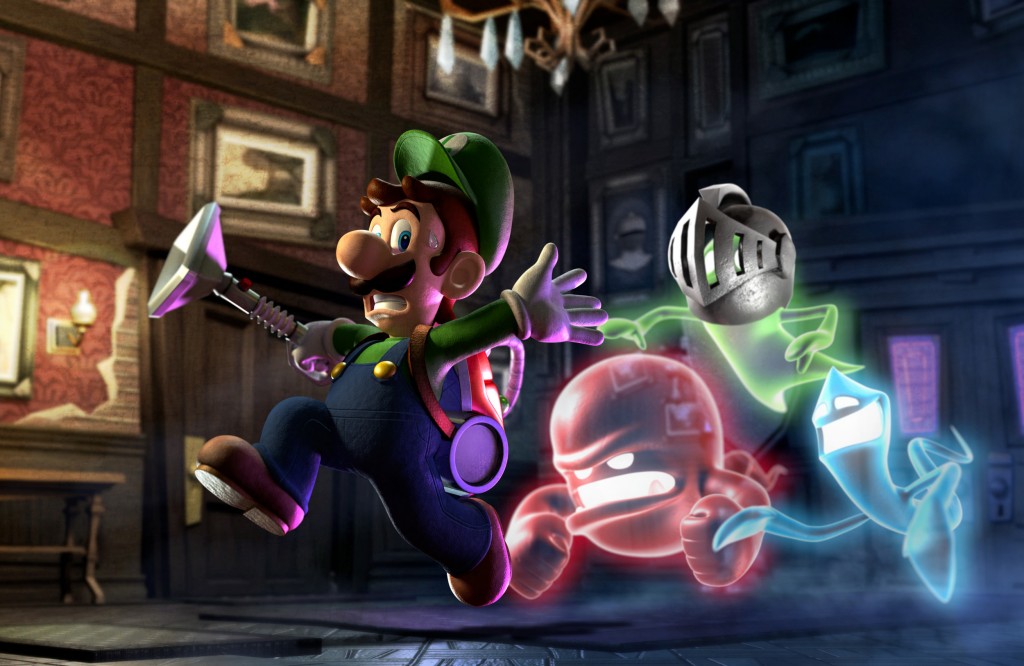 1) Luigi: Plumber, Hero, Ghostbuster — The ever-charming little brother of the most famous plumber in the world returns to the solo spotlight in another spine-tingling adventure through haunted dwellings. Despite being reluctantly forced into hero duty due to the affably maniacal Professor E. Gadd, Luigi delights during his turn outside his brother’s shadow. Whether its the way he shuffles his feet around uncleared rooms or picks up his step once the ghosts are gone; the way he shivers when leaving room that still has ghosts in it or occasionally suffers a clumsy stumble; the way he audibly professes pride in his own accomplishments or hums along to the equally-charming background music…the younger, lankier Mario brother with an affinity for green proves a fun, entertaining protagonist. 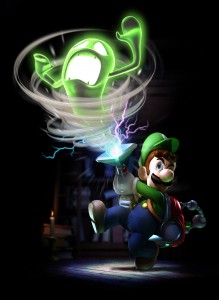 2) Gregarious Ghouls — If Luigi is Dark Moon‘s headliner, his spectral adversaries make for a heck of a supporting cast. Some of the funniest moments of the game come from peering through a window or peephole and seeing the ghosts play pranks on one another. There’s a whole spectrum of color-coded types of ghosts Luigi encounters, including the standard “Greenie” grunts, the sneaky blue “Hiders”, and the brutish red “Slammers”. Each ghost is imbued with a personality of its own and they take sadistic joy in being able to torment Luigi from the shadows. Other recurring characters like Boos and the adorable, key-stealing Polterpup add further variety to the colorful cast, each adding further to the game’s overall charm.

3) Triple Threat — Luigi’s abilities during his adventure center around three tools he acquires in rapid succession from the onset. A ghost-sucking vacuum called the Poltergust 5000, a flashlight capable of producing bright, ghost-immobilizing flashes, and a special spectral flashlight called the Dark-Light Device whose rainbow glow reveals otherwise invisible objects such as crannied treasure chests or secret doorways. The combination of the three are put to work in myriad ways that continue to evolve throughout the course of the entire adventure; despite the deceptive simplicitiy of the mechanics, Nintendo’s designers have been able to come up with an incredible variety of applications for mixing Luigi’s abilities, from transporting fillable buckets and flammable objects to sweeping the rug out from a Greenie-possessed suit of armor .

4) GHOST-ly Surroundings — The bulk of the game is comprised of five haunted mansions, each with its own themes and idiosyncracies within. In another nod to the game’s sense of humor, the names of the mansions (Gloomy Manor, Haunted Towers, Old Clockworks, Secret Mine, and Treacherous Mansion) spell out the acronym ‘GHOST’. Each location is distinctly designed around its own set of twists on the core gameplay mechanics, and though the things Luigi does in each tends to vary more often than it repeats, each mansion is typically comprised of 5 missions and a boss battle that collectively cover every dusty cavity within. 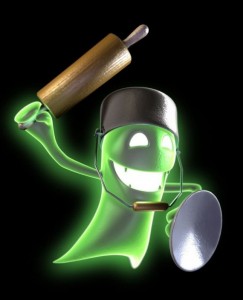 5) An Extra Dimension — Luigi’s Mansion: Dark Moon is one of those few games that loves to showcase its platform’s three-dimensional capabilities. Even during standard gameplay, enabling 3D adds a tactile depth to every room and the glowing ghosts come vividly to life in the environments. Often times there are secret areas of the environment that are tricky to see in 2D because of an optical illusion or similar effect, but in 3D their presence is more easily identifiable. Certain other areas, such as long tunnels, multi-floor rooms, and a particularly lengthy vista at the top of a giant treehouse simply pop with the perceptible depth, while other details such as dangling spiders or the copious amount of coins and money volcanically spewn about the levels further flex the 3DS’s signature hardware feature.

6) Misguided Motions — One of the game’s rare stumbling blocks are the handful of sections of gameplay that rely on a misguided walking-the-tightwire mechanic. Like in so many other games before it, trying to keep Luigi balanced while tightroping across a lengthy fall exudes more frustration than immersion. Particularly troublesome is this mechanic’s use of the 3DS gyroscope to balance Luigi, an idea that is half-baked and poorly calibrated. I frequently sent Luigi careening wildly off the edge at the subtle tilt of a minor adjustment, while other times no matter how far I turned my 3DS his balance would not correct. A few times during the game the tightroping serves as the primary obstacle to progression, and these moments are unfailingly frustrating, in particular one sequence later in the game that adds the additional annoyance of gusting wind. In another clash with the game’s strengths, the tightroping segments forced me to turn off 3D as the constant moving of the system made staying in the effect’s visual sweetspot virtually impossible.

7) Loaded with Extras — With individual missions that average about 15 minutes each, completing the entirety of the game’s single player story mode takes about 12 hours, but there is much more game left for the value-conscious. Each mission is further augmented by 3-star ratings derived from the amount of gold collected, ghost captured, damage sustained, and time taken during that mission, while each also features its own hidden Boo cousin to capture. Nefariously hidden gems are tucked in the darkest reaches of each mansion while bonus missions unlocked after each boss fight truly test your mastery of that mansion’s layout. And if even all that is not enough to satiate your thirst for ghost collecting, an online-enabled multiplayer mode called the ScareScraper adds further challenges for up to 4 Poltergust-equipped Luigis. 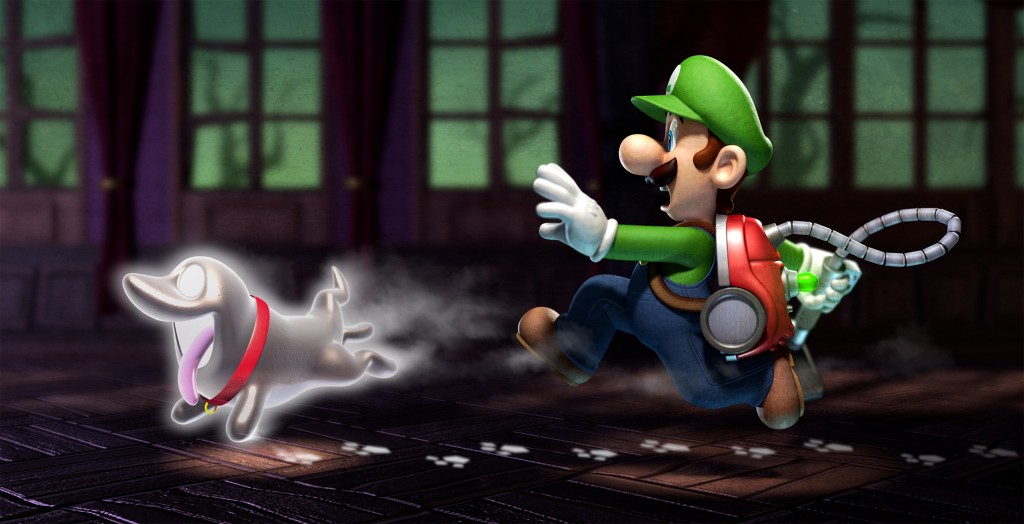 Score: 7 (out of 7) — Luigi’s Mansion: Dark Moon (simply Luigi’s Mansion 2 outside of North America) is a delightful achievement in game design that provides further evidence of Nintendo’s mastery in its unique style of games while adding another ace to a 3DS platform that continues to collect them. Just about everything about Dark Moon is fine-tuned and polished to a T, with unique mechanics, memorable characters, and tirelessly iterative gameplay roped together inside beautifully distinctive interior locales. Luigi and E. Gadd didn’t invent the art of sucking up ghosts in a vacuum, but the adventure that awaits in Evershade Valley is memorable to the end.