151 Proof Movies really took off this year. An almost weekly watching of some of cinema’s worst and best worst movies ever with our favorite companion, booze. This is just a recap of the Top 7 (why 7? Because its lucky!) movies we watched this year that left us more than a little buzzed! 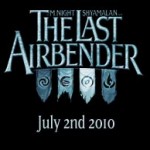 We went into this movie with lowered expectations, I mean it is based off of a fantastic TV show, that spanned 3 seasons, and one entire season was condensed to less than 2 hours. And sadly, the movie lived up to its lower than low expectations, but still managed to be a damn fine drinking game. If you really want to add a little spice to your viewing, take a drink whenever they mispronounce Â Aang.

Another movie that really didn’t expect much out of, but this one actually proved to be an enjoyable and over the top action flick. Honestly, we can only chalk up some of it to unfamiliarity with the source material. That said, the movie offered a fun little challenge especially during the climax. 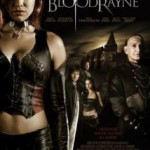 For some wild and crazy reason, we decided to dedicate time to watching Uwe Boll movies (this is the first, but not the last of his films to make the list) and truth be told they make for damn fine drinking games. Some people attempt to make good movies and turn up crap, Boll just seems to make whatever the hell he wants. It isn’t trying to be taken seriously and is grossly over the top. It was probably a TERRIBLE decision in hindsight to include rules for killing AND drinking blood in a vampire flick. Really kicks your ass.

4)House of the Dead

Like I said, it wasn’t the last time you would see Uwe Boll on the list. Unlike Bloodrayne, this movie really doesn’t hide its video game roots. Going as far as to include actual scenes from the video games in the movie (and we’re talking pre-Dreamcast level graphics here!) Unlike Bloodrayne though, we thought this movie was a blast. I mean its no more cheesy and campy than your run of the mill teen slasher flick. It just stars zombies. Speaking of zombies, again always a bad idea to have rules that overlap but killing zombies and video game scenes ended up being a lethal combination. 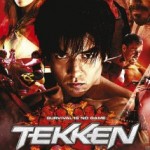 Did you know that there’s a corporation called Tekken? And they host the Iron Fist tournament? If you didn’t you will by the end of the movie, and more importantly so will your liver. Yes, one of those spoken word rules that ends up always kicking us in the ass is doubled in this movie, and they really name drop the corporation and theÂ tournamentÂ like no body’sÂ business. As a whole, its a fairly fun movie if you go in expecting nothing like the game really. And at this point, that’s all you can expect from Hollywood. Unless…

The Resident Evil movies are such an odd child. The original started off being Resident Evil in name only, and since then they have tried and reconcile elements from the game with this universe they crafted in the original movie. It has worked to varying degrees of success over the years, but really falls apart in Afterlife. That said, Afterlife more than makes up for its lackluster quality with plenty of kills and video game references. And a lot of booze! 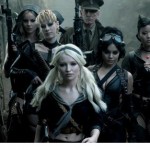 This movie could have ONE rule and mess you up completely. But throw in the Snyder factor, and a bunch of over the top and all over the map action scenes, and you have the movie that did the most damage to all parts of the body this year. Honestly, neither one of us can remember actually finishing the movie, though we’re fairly certain we made it through. If you had to get wasted on one movie (and trust me, after seeing most of it, I highly recommend it) this is the one!