Not quite sure how we landed on it, but April is apparently DMX month for 151 Proof Movies. All April long, we shall be checking out DMX’ rather short filmography. Starting with Romeo Must Die, our second Jet Li film! 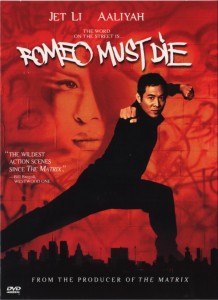 Here are our rules!

DMX April Bonus Rule– We like to have a bonus rule for any extended marathons. For DMX April, whenever one of his songs is used in the film, take a shot.

There you have it, as always, you can follow along with the fun (roughly) around 10pm ET/7pm PT on Friday nights by following either @GT_NOTR or @Wooden_Pint on Twitter or checking out the hashtag #151PM.Â