151 Proof Movies: The March to WrestleMania

The WWE may have a FastLane to WrestleMania, but we’ve decided to take the scenic route to New Orleans and present to you “The March to WrestleMania.” All throughout March, we will be presenting WWE Films or films starring WWE Superstars for 151 Proof Movies. A sequel in many ways to a theme month we ran back in 2013 with “Movies in the Bank,” which included the likes of several “The Marine” movies, See No Evil and The Chaperone. 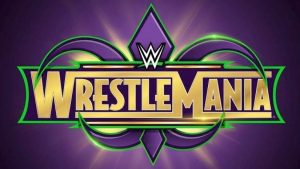 So what does “The March to WrestleMania” have in-store for us? Well we’re going to kick it off with the man most synonymous with the term “WrestleMania” and check out the Immortal Hulk Hogan in “No Holds Barred.” To end the month, we’ll be jumping forward to time to check out a movie featuring some of the biggest names in WrestleMania history such as John Cena, The Undertaker and Triple H as we visit Surf’s Up 2: Wavemania.

Along the way, they’ll be plenty of drinks, laughs, body slams and of course pro-wrestlers. All leading up to April 8th from the Superdome in New Orleans.