DMX April ended.. and to be honest it was an enjoyable month. While none of the films were 5-star classics, they were enjoyable for the most part. Since we did a month of fairly decent films, we figured we jump in on the other end and do some truly horrible films.

To kick it off, we’re going return to a most hated series on this site, the “XY Movies” in the past we’ve done Epic Movie and Superhero Movie and even Vampires Suck.. all of those films proved to be painful. and sadly not because of the alcohol. In the spirit of these great awful films, we’ll be kicking off May with “Disaster Movie” 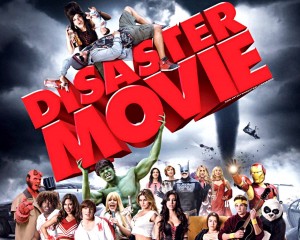 To the rule book!

There you have it, as always, you can follow along with the fun (roughly) around 10pm ET/7pm PT on Friday nights by following either @GT_NOTR or @Wooden_Pint on Twitter or checking out the hashtag #151PM.