It has been some time since we’ve done one of these, just due to events in both Swan and I’s life over the past few weeks. Whenever there is a long stretch of non-movie action though, it means we get to dig deep into our bags to pick a truly awful movie. This time instead of asking friends of the site, we went to the authority on a movie’s general reception, Rotten Tomatoes.

We found the lowest rated movie of all-time (or one of them), and it was the number one slot of Worst Movies of All-Time. Who are we to say no to a challenge?

With that said, let’s get to the rule book for Ballistic: Ecks vs Sever! 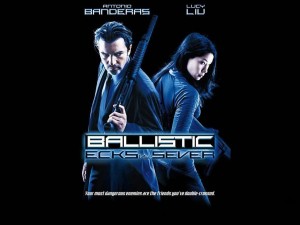 That’s it for this week. As always can follow along Friday nights by following @ER_NOTR and @Wooden_Pint on Twitter. Or by checking out the hashtag #151PM